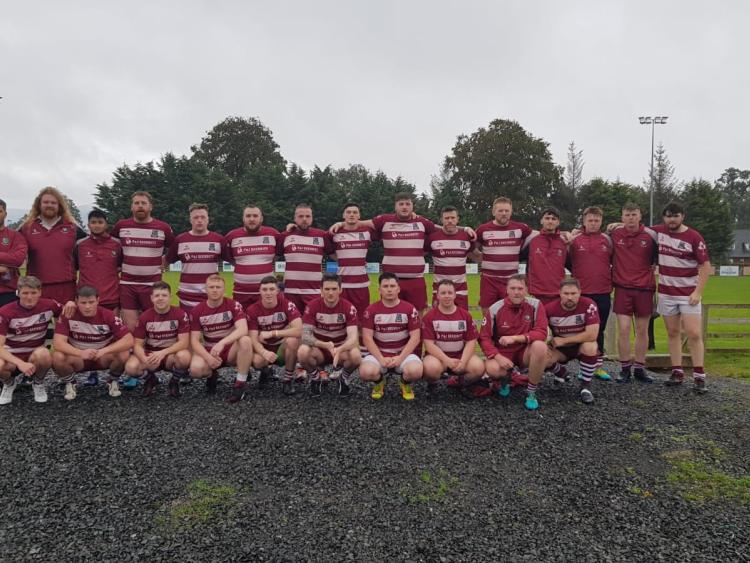 Portarlington J1s got their League campaign back on track with a hard fought 25-22 win over a determined Dublin Dogos team over the weekend.

On a sunny afternoon and the pitch in great nick despite the heavy overnight rain made for an open and expansive game with both teams looking to put the ball out wide.

It was the visitors who took the lead after some good approach work and strong running from their centre, they eventually went over for the try which was converted but Port hit back quickly following great work from the forwards and a charge in the centre from Milly Mulhall the space was created for Andrew Evans to go over. This try was followed shortly by another score by Evans as he went over from short range to give Port a 10-7 lead with 20 minutes gone.

The Dogos were coming more into the game and continued to not only get cover across to stop the dangerous Evans. Their big second row was proving difficult to handle and made some eventful charges however despite this despite this, it was the Port men who scored again was the speedy Simon Doggett broke the defence to score again with the conversion missed, Port lead 15-7.

The visitors continued to press in attack but some great defence from the pack with captain Aaron Ryan, Keelan Hunt and the back row of Phil Dowling, Joander Brazon and Stephen Oakley making numerous tackles from close ranges, half time cane with Port leading 15-7.

The second half started with a poor restart putting Port under pressure and with the visitors confidence on the up, they continued to press for a score. Changes were made and despite the fresh bodies it was the visitors who got the next score with a converted try closing the gap to one point.

This seemed to spring the home side into action and they went on attack, small was a premium out wide but in roads were being made in the tight and with both teams not giving an inch eventually Mulhall went over for the bonus point try which was converted by Evans for a 22-14 lead.

The Dogos were still very much in the game and it took some fine tackling to deny them another score but they were rewarded for their efforts went there were awarded a penalty on the 22 with Port caught offside. It was converted to leave it 22-17 with 15 to go. Port then went on the offence and broke down the field and the visitors conceded a penalty in front of the posts which O’Hora scored to leave the score at 25-14.

This score allowed the visitors to restart deep into the port half which the home side failed to retain, this led to a sustained period of pressure and despite some fine close in defence from Aaron Maher, Conan Uphill and Declan Hennessy, the visitors eventually score out wide with the conversion missed this left the score at 25-22 with a minute to go.

The visitors did manage to make one final attack but the home side held on for a fine League win.