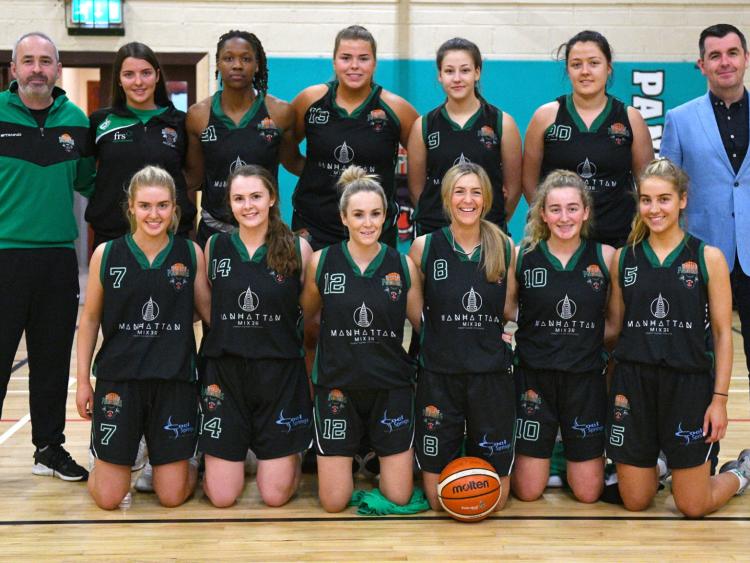 Portlaoise Panthers played host to St Mary’s Castleisland on Saturday night in the first round of games in the National League.

This season’s team has a great mix of youth and experience with six of the squad still under 18 and the addition of American Trudy Walker adds physicality in the post in what will be an exciting year for this team. Portlaoise were in a brilliant position at half time leading by nine points but an unstoppable third quarter run by the visitors turned the game on its head as the experienced Castleisland side made Panthers pay for their mistakes.

Portlaoise needed to get out of the blocks quickly in this game and Maeve O’Sullivan led the challenge with two big three pointers to ease this young team into the quarter. Castleisland’s height advantage was evident and they worked the ball well inside where Lorraine Scanlon is always tough to stop once she gets good position. She got her side off the mark with two free throws followed by a put back under the basket.

Trudy Walker opened her Panthers account from the line and followed up with an assist as Ciara Byrne hit a lovely three pointer. Both sides continued to work the ball inside the key with Loretta Maher and Trudy Walker trading scores.
The quarter finished with Sarah Fleming hitting a floater just before the buzzer to extend the Panther’s lead out to four points on a scoreline of 16-12.

The second quarter gave Portlaoise an insight into what their newest American signing Walker can bring to their game as she elevated above her opponents and took off on a coast to coast run to finish the score and also go to the line and finish a three point play. The crowd were right behind this team and with the introduction of both Jasmine Burke and Hannah Collins, Portlaoise saw all five available under 18 players on the court together and they did not disappoint as they worked tirelessly to keep the visitors at bay. Shauna Burke entered the game and scored off her first attempt with a lovely left hook shot over her defender.

Portlaoise were having their best spell of the game as Ciara Wheeler hit a big three to the delight of the home crowd. Castleisland’s indiscipline led to Portlaoise getting to the line late in the half as Ciara Wheeler and Walker extended the Portlaoise lead out to nine points.

Castleisland found their groove and Denise Dunlea hit her two free throws and followed up with a big three to draw the sides level. Portlaoise just couldn’t finish off their offences and frustration began to settle in. Gillian Wheeler scored off a great drive as she took on her defender and laid up for what turned out to be her sides only score of the quarter.

Castleisland responded with a Siofra O’Shea three and were gifted two baskets in the final seconds of the quarter as Dunlea punished two turnovers to give the visitors an eight point advantage on a scoreline of 36-44.

The fourth quarter started at a frantic pace with Portlaoise needing to go after the game. Scanlon continued to be a menace as she added the first six points for her side. Ciara Byrne got down the middle for two fine scores, but a dagger three from the corner from Siofra O’Shea halted the Panthers momentum but they kept going.

Hannah Collins got her first ever National League basket and this was followed up with two powerful scores from Walker to cut the gap to six points.

The sides traded further scores with Ciara Wheeler hitting from long range while Scanlon finished off her game high tally of 24 points with a three point play.

Unfortunately the visitors continued to finish from the line and took the win by seven points on a scoreline of 54-61. While they lost the game Portlaoise will take some consolation in having won three quarters of the game with such a new team against a very strong experienced opposition.

Next up for the Portlaoise ladies is a trip to the Capital to take on Swords Thunder on Saturday night at 7pm.