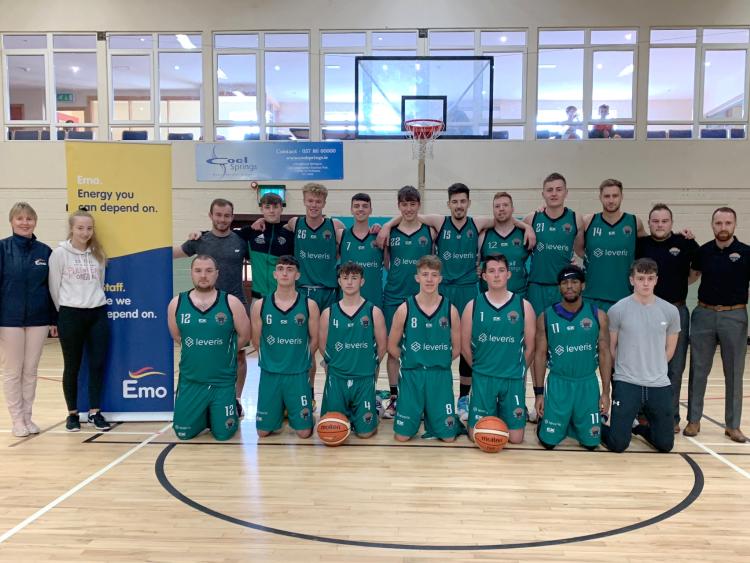 Portlaoise Panthers were back to their home ground after opening the season with three away games.

In prospect, the team faced another tough game against a team that is on the rise. Portlaoise knew they had to keep the momentum going after mixed results in their opening three games.

Tolka Rovers knew that Portlaoise would not be an easy game going by the form of this young exciting team.
The Panthers started the game very well moving the ball and getting open inside for easy scores from Mantas Vilimas.

The Dublin side settled into the game and added their mark on it with scores from Moore and Daly.

Portlaoise stepped it up again with some great defence. Tolka were forced to make tough shots which the Panthers overturned and driving down the other end of the floor to capitalise on the mistakes with baskets from Mantis and Kareem until a Tolka timeout was called to stop the rot.

Portlaoise also changed things up to keep the pressure on however Tolka to their credit stayed calm and got some good baskets, again from Moore and Daly.

Portlaoise kept working hard on defence and continued to get the results down the far end with great scores from Kinsella and Rian.

Portlaoise changed their defence to try and pressurise Tolka again and it worked with some great movement both on defence and offence, Portlaoise added brilliant team scores from that man again Kinsella and Kyle Burke.

The momentum was starting to show for Portlaoise as they started to play as a team and work hard for each other. Tolka did not throw in the towel however as they kept moving the ball forcing Portlaoise to play tough defence which led to scores from Cafferey and Kenny.

Panthers called a timeout to reform and come up with a plan to see off Tolka as they have been staying close with them for most of the period.

Portlaoise came out with fight and passion playing some energetic defence and forcing Tolka to make bad decisions. Portlaoise went down the other end and finished some great passing and moving with some great scores mantas and Dylan Dunne hitting some big shots.

Portlaoise started to believe that this game was theirs and they were right.

Panthers continued to play some great basketball with scores from Connell and Condon. Tolka at this stage just wanted the game to be over as the team were getting into foul trouble and could not keep up the intensity of this young Portlaoise team.

Portlaoise controlled the remainder of the game adding scores from Swayne and Byrne. Portlaoise saw out the game as comfortable winners and well deserved.

This Portlaoise team are still growing and learning to be better and better after each game.