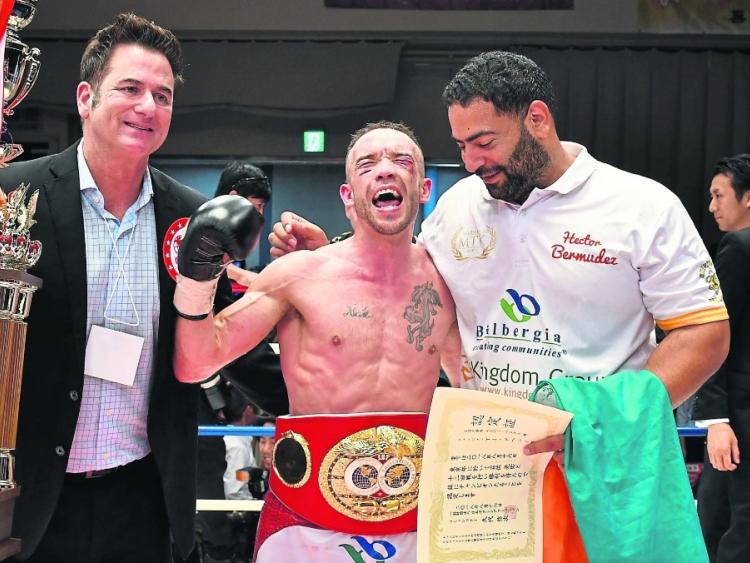 Portlaoise boxer TJ Doheny will make a surprise return to the ring this weekend when he takes to the canvas in Chicago against Colombian veteran Jesus Martinez.

The former super-bantamweight world champion will appear in the ring for the first time since his world-title unification fight defeat to Danny Roman back in April.

Doheny and Martinez will face off on Oleksandr Usyk's undercard which will be a DAZN-streamed show this Saturday at Wintrust Arena in Chicago, Ill.

Doheny (21-1, 15KOs), the Irish southpaw based in Australia, was floored twice during his epic clash with Roman in Inglewood, California but rose each time to battle until the final bell where he agonisingly came out on the wrong end of a split decision - losing the title he on in Japan the previous August.

Awaiting Doheny is fellow southpaw Martinez (26-9, 13KOs), 38, with the Colombian having lost eight of his last 11 contests as he enters the latter stages of a long career.

The card will be broadcast on Sky Sports here in Ireland, as well as the DAZN platform in the USA.