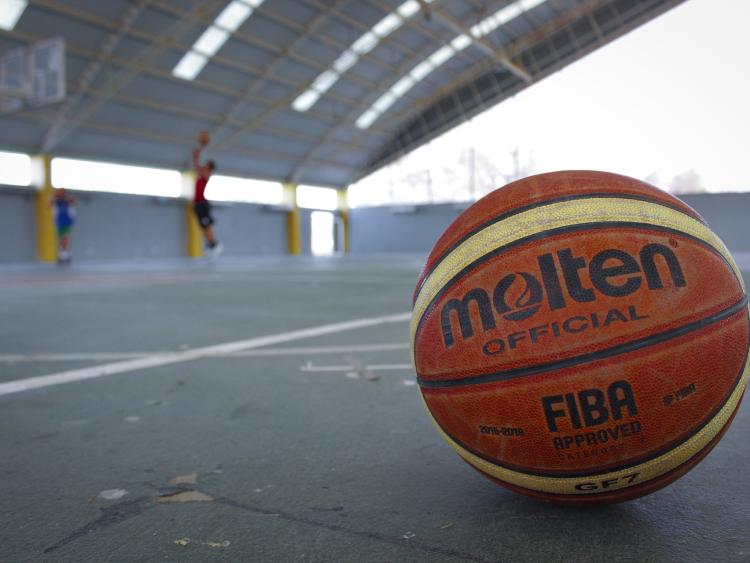 In the second game of the Nation Cup Pool stages, the Portlaoise Panthers girls faced off against local rivals Tullamore with a place in the quarter-finals up for grabs.

Intense defence forced a 24-second violation call on the first possession of the game. On the other end of the floor, Jasmine Burke pick out Gillian Wheeler with a superb pass and Wheeler finished with ease. A brilliant passage of play saw all the girls move the ball freely finishing with a three-pointer by Wheeler. Ciara Byrne forced a steal and a follow up rebound by Sarah Fleming saw two more points added.

Tullamore hit a big three before Burke added two more with an excellent inside move. The girls were very unlucky with some opportunities under the board Ciara Byrne settled things again finishing a team fast break and this was followed with another from Lisa Blaney. The girls were gaining momentum as Burke added another two with a drive to the board. The best score of the quarter was the last score with Blaney finding Wheeler who passed to Byrne and gave an assist to Burke trailing the centre of the floor. The girls took a lead of 27-7 into the break.

Grainne O'Reilly opened the scoring of the second half with a brilliant follow-up offensive rebound. Another offensive rebound, this time by Jade Burke, set up Blaney for a long-range three-pointer. Jasmine Burke was impressing under the boards and setting her teammates away on fast breaks.

Ella Byrne collected a good offensive rebound to reset an offence after some good pressure was applied by Tullamore. Tullamore were then duly rewarded with a well-worked two points at the other end of the floor. Wheeler who was in superb form quickly counteracted with an excellent two points. Zara Mulvihill intercepted a crucial pass to stop another scorable chance for Tullamore. The Midland rivals were now creating space for themselves offence and a steal and fast-break saw them pick up 6 unanswered points to bring the score to 36-21 at half time.

A shot clock violation call again at the start of the half saw Faith Umeh pick the resulting rebound to set Mulvihill off on a fast break who found Jasmine Burke on the wing for a jump shot. Ella Byrne then picked out Wheeler with a precision pass under the boards. Jasmine’s hard work was paid off with another excellent finish. Wheeler them added two more with a hook shot under the board after beating her player for pace again.

O'Reilly picked up another two points before getting a steal and setting Ciara Byrne for an east finish. Some excellent defence gave the girls the chance to run the floor brilliantly with great finishes from Ciara Byrne, Wheeler and O'Reilly to extend the lead out to 24 points with 3 minutes left in the quarter.

An excellent give and go between O'Reilly and Jasmine saw another two points go up on the scoreboard. O'Reilly added another well deserved 2 points after applying huge pressure to steal the ball. Tullamore hit two scores before Wheeler responded with 4 points of her own. Ciara Byrne finished the quarter with a lay-up finish on the buzzer.

Wheeler got a super interception at the start of the last quarter resulting in a three-pointer and pushing the lead out even more. However, Tullamore were not giving up and continued to apply pressure on both ends of the floor. This was before Portlaoise settled again and added 8 consecutive points from Blaney and Ciara Byrne.
Tullamore then put up four more points with a good fast break and a well-worked offence. Ella Byrne then stepped up and drew a foul driving to the board and converted one of the two free throws. A three-pointer from Ciara and a basket from O'Reilly pushed the lead back out to 37 points.

The girls were taking advantage of the gaps on offence and were still working tirelessly on defence. A brilliant burst out of defence by O'Reilly found Umeh on the fast break to add two more points to the girls tally. Tullamore continued to fight hard to the bitter end but the grit, determination and experience just proved to be that step too far. Portlaoise ran out comfortable winners on a score of 85-54 and will play Titans BC in the semi-final.