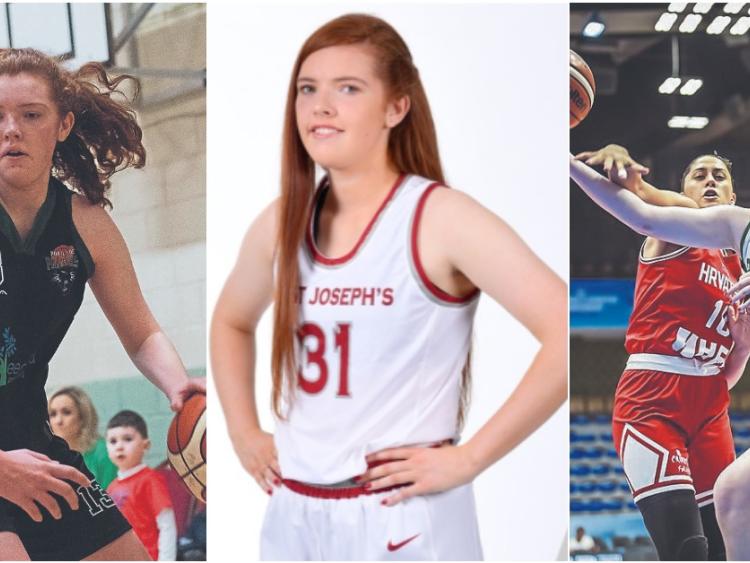 Long-serving Forward with Portlaoise Panthers and Ireland, Claire Melia, opened the new Women’s Basketball season with St Joseph’s University with back to back wins.

Melia’s St. Joseph’s Hawks first game was on the road to Columbia University in New York where she contributed a mesmerising 23 points, 4 assists, 3 rebounds, 2 blocks, and 1 steal from 31 minutes of action leading her team to a 71-57 win.

Such a dominant display from Melia earned her the Rookie of the Week award in her division the Atlantic 10 and high praise from commentators and the media in both the US and Ireland.

Typical of the player that she is, Melia deflected the personal praise commenting "We won as a team, and now we move on to the next game, I don't care about the points. I just went out there and enjoyed myself.”

Melia and her Hawks team hosted Temple University in their home venue of Hagan Arena, Philadelphia on Monday evening for Game 2. Melia started the game just as she did in New York with a confident and controlled display unfazed by this new experience across the Atlantic working seamlessly with her new teammates and coaches to take the win against this very strong Temple University side by 67-63.

This was the first time in four seasons that the Hawks managed to beat Temple and they were aided by a Melia’s defensive masterclass including 17 points, 9 rebounds and 3 blocks with a super steady 5/5 on the free-throw line.

Melia’s former club Portlaoise Panthers have been following her progress on social media and watching the games live on ESPN in the early hours due to the 5-hour time zone difference. Watching Claire switch from the small St Marys Hall to the huge Hagan Arena is a huge inspiration to every player in the club particularly the juvenile players.

Panthers chairperson Shay Dooley commented “if ever a young player deserved it this lady certainly does. It’s not the first time she's put us on the map by no means and it won't be the last, watch this space…“

Panthers and basketball fans across the country will indeed watch this space as the Hawks continue their season with a game next Sunday, November 17 against Seton Hall in the Bronx, New York.