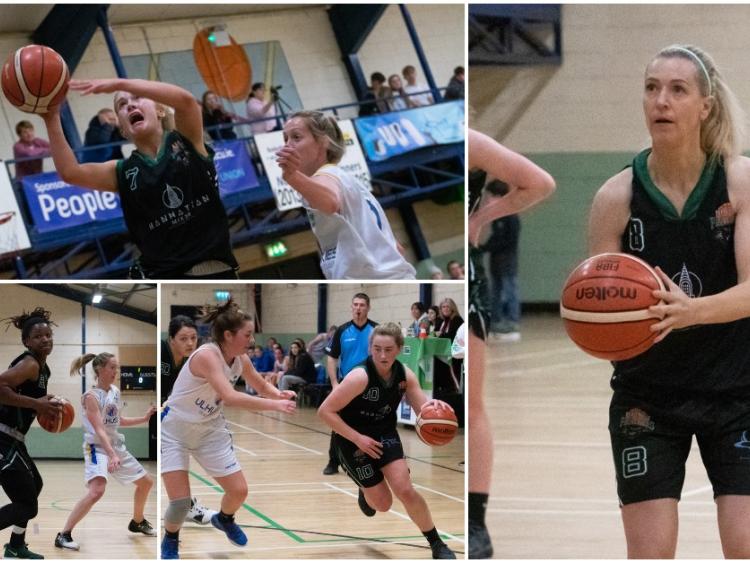 Portlaoise Panthers welcomed UL Huskies to St Marys Hall on Saturday night with both teams coming off the back of wins in their previous outings. A win for the visitors would move them further away from the bottom of the table while a win for the hosts would move them to the top of the Southern conference table.

Panthers were on a roll coming into the game picking up four victories on the trot and led from start to finish in this one to sit on the summit of the table ahead of a big clash with undefeated Castleisland next weekend.

An early three-pointer got Portlaoise off the mark with Ciara Wheeler creating space to get the shot off. Excellent defensive pressure led to a number of UL turnovers and with this came early fouls resulting in free throws with Trudy Walker hitting two for two and Ciara Byrne finishing off a three-point play from a Gillian Wheeler assist.

Wheeler followed this up with a big three from the top of the arc on the next offense to give Portlaoise an 11-2 lead midway through the quarter. Ciara Byrne and Gillian Wheeler combined for a further eight points to push further ahead but Huskies were in no mood to let the game go this early and responded with scores from Cathy Grant and former Panther Sinead Nihill. A three-point play from Walker gave Portlaoise a 23-18 lead at the end of the quarter.

The second quarter saw the home side lockdown in defence forcing UL to tough shots at the end of the 24 second clock time and again. Deirdre Tomlinson got the ball rolling on the offensive end with a delightful mid-range shot from the baseline. Portlaoise continued to take advantage on the break with Gillian Wheeler and captain Tomlinson finishing strongly to the basket.

Jasmine Burke and Trudy Walker were working tirelessly at both ends and were rewarded with some well-taken scores to push the lead out to double digits. Excellent defence throughout by the home side restricted UL to just six points and gave Panthers a thirteen point lead at half time.

A low scoring third quarter was a result of a drop in intensity from the Panthers team. Sloppy defending allowed UL to get a foothold in the quarter with Summer King converting the first two scores of the quarter. Hannah Collins stepped up to stem the tide by hitting a lovely baseline shot to stir her side into action.

Walker got on the end of some penetrating moves by the guards and Gillian Wheeler was again lethal from the three-point line. Huskies quickly responded in kind with a three-pointer from Bethany Thompson which cut the lead at the end of the quarter to twelve points on a scoreline of 49-37.

The game was still in the balance heading into the fourth but up stepped Ciara Wheeler to hit two massive three-pointers in a row to put the lead out to eighteen points early in the quarter. An injury to Huskies American King took away a major offensive threat and Portlaoise once again dominated play on both ends.

For the second time, they kept UL to just six points in a quarter with their sheer intensity and ownership of the boards with Shauna Burke and Trudy Walker taking away any second chance opportunities. Walker, Byrne, Tomlinson and Collins penetrated the Huskies defence and got inside the paint to extend the lead and once again managed a twenty-plus point quarter to take the win on a scoreline of 70-43.

A massive fortnight lies ahead for this very young squad with two away games to Castleisland and NUIG Mystics who both sit behind Portlaoise in the conference on score difference while also taking on Fabplus Northwest at home in two weeks time.

This may not define the League campaign but will go a long way to finding out where this team are in comparison to the more experienced sides in the League.