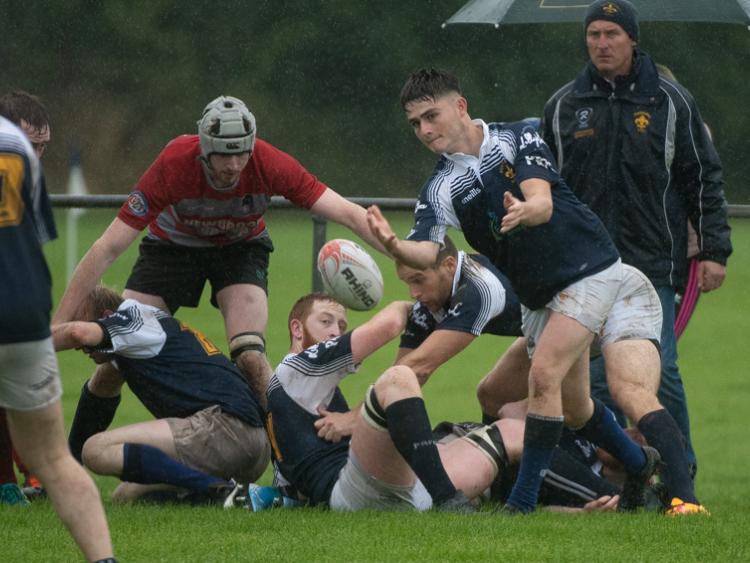 A three-try game with two conversions was good enough in Edenderry on Sunday last for Portlaoise RFC to take home the three points and remain in third place of the Leinster League Division 2A.

Despite Portlaoise not putting in their best performance, John Scully was first to cross the whitewash on the 15-minute mark in a tough game. Scully’s try was followed by a Niall Keenan conversion for the full points on offer.

Portlaoise saw a spell of some bad handling at times throughout the first half, which in turn, saw Edenderry claim their try with 25 minutes played.

Regardless of the Laois side not putting their best foot forward in the opening segment, they were very strong on their scrums and knew they needed to up their work rate for the second half which they entered with a short lead of 7-5.

A much improved second half, saw the visitors claim a try through Ross Cooper, but unfortunately, the conversion wasn’t taken full advantage of.

Edenderry followed in the footsteps of Portlaoise, taking the full privilege of a try, with a missed conversion.

Cooper stepped up again and took another try for the team with a conversion with Niall Keenan again. A penalty for Edenderry closed the exchanging of scores with three minutes left on the clock, but Portlaoise stayed in front by a narrow lead of 6 points.

The man of the match performance came from Kevin Griffin who never took his foot off the pedal for the entirety of the game.