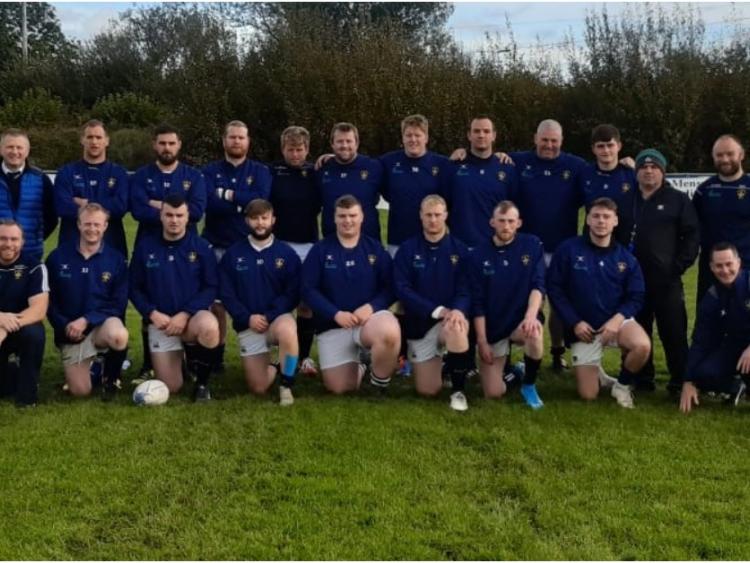 Portlaoise RFC travelled to Mullingar on Sunday last to take on Mullingar in Division 2A of the Leinster League.

Mullingar, being the home side in this battle, took the opening score when they were awarded an early penalty which Mitchell Millar proudly put over from close proximity.

Portlaoise got a lucky escape at the 15-minute mark when Mullingar had a knock-on ball cross the try line. It was the Kiwi, Will Newbold, who played a part in the opening try after he gave a super pass and Niall Keenan made a break away before touching down for an important try for his side. Newbold followed his pass with a super kick to convert the conversion.

Mullingar’s penalty kicker, Millar, was yellow-carded in the 20th minute, leaving them with 14 players on the pitch for the next ten minutes.

Portlaoise captain Robin Foot was next over the whitewash claiming a try from a line out, but the navy side failed to claim the following two points from the conversion on this occasion.

The first half scores continued to come for both sides, and a gap in the defence for Portlaoise, saw Mullingar’s Paul Maxwell claim their first try followed by Cathal Burke’s conversion, to see them edge back into the game with Portlaoise now in a narrow lead of 12-10.

With Portlaoise playing some tough rugby, Newbold was in the set up for another try as he produced a super kick to put Foot forward again for his second try in the far corner of the pitch, and Newbold brilliantly kicked the conversion.

The visitors, now up by 9 points in a powerful game, allowed the reds in for two tries, both converted by Millar who made his return before the half-time break to put Mullingar back in the driving seat with the score reading 24-19 at the interval.

The opening of the second half saw Mullingar go forward for a try but it was a copy of their first attempt and was ruled out for a knock-on. Portlaoise began to lose their footing in this game and missed some crucial tackles and line outs. A spell of bad play saw both Portlaoise and Mullingar receive two penalties each which came to no avail to help either side increase their lead.

Despite Mullingar going back to 14 men, this time with Quinn hitting the sideline, they were next on the scoreboard with another try. Mitchell Millar claimed the five points in the 69th minute which was converted by Cathal Burke after Portlaoise failed to keep them out.

During Millar's try, Portlaoise suffered a crucial loss when Newbold picked up an injury during his attempt to stop Millar cross the line.

Portlaoise claimed a closing try in the dying minute and despite their loss on the scoreboard, they came out with two bonus points, based on their seven-point defeat and four team tries in Shay Murtagh Park.