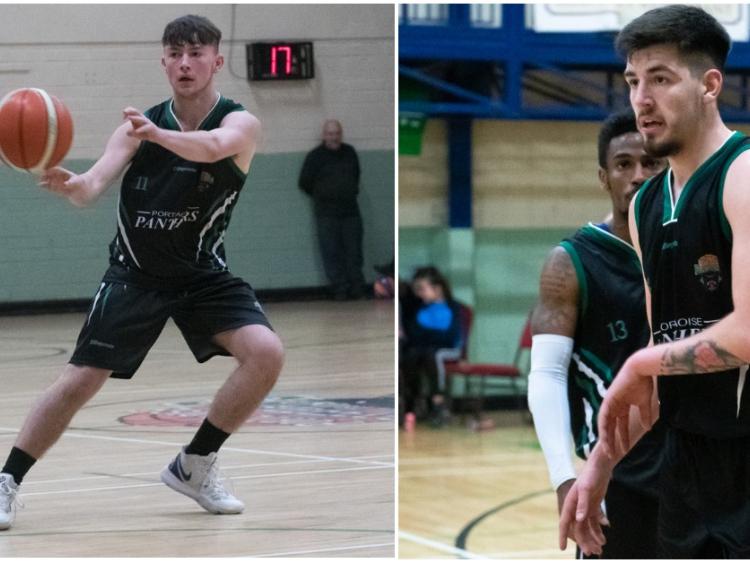 Even the expression local derby does not cover these unique games when two teams from the one club play each other. While the games are held in great respect they are hugely contested games with the winner not just getting the points but also getting the bragging rights until their next encounter.

The game started at a hectic pace with both teams playing well, exchanging baskets, Kyle Burke got the Black team off the mark with a fine score followed shortly by a big three-pointer from David Glynn.

The game settled in a pattern with both teams playing strong defensive to try to cut out shooting opportunities. Peter O’Sullivan and Peter Duignan were next to put points on the scoreboard after great work from their ballhandler Kareem Davis. Davin Mc Evoy was leading the way for the White team with 9 points in this quarter alone.

The Black team were always a couple of scores in front in a quarter where the pace never slowed with both teams running the floor but it was the shooting of David Glynn that separated them as he hit his third three-pointer of the quarter.

The second quarter continued with these two excellent teams giving an exhibition of basketball, Peter Duignan and Tiernan Dempsey put up points on the scoreboard for the Black team and it was their American Kareem Davis who was the standout performer of the quarter as he went to work with some excellent shooting to get some great baskets.

As the quarter went on the White team widened their defensive to cut down on Davis’ dominance but that left opportunities for Mark Bartley and Jamie Dooley to put points on the scoreboard. Rody McEvoy was the outstanding performer for the White team in this quarter as he rolled back the years to put in a great performance.

As the halftime whistle approached there was nothing between these two teams as they went basket-for-basket in what was turning out to be a great game with the Black team finishing the better to maintain their 5 point lead. 33 points to 28 points at the break.

The second half continued much the same as the first with both teams playing well, it was a guards game with the relentless pace seeing Mark Bartley and Kyle Bourke putting points on the scoreboard for the Black team after great work from Tiernan Dempsey and David Glynn.

As the quarter went on the White team came back strong into the game with some fine baskets to bring them back to with a couple of points. Greg Dunne came strong into this quarter for the White team, first hitting a big three-pointer and then two strong moves inside to finish with baskets.

It was turning into a great contest with both teams battling for every score. Peter O’Sullivan and Kyle Bourke were at the end of some great work to finish with baskets that saw the Black team maintain the slimmest of leads. 45 points to 44 points.

The last quarter saw the Black team come out strong to get the first couple of baskets through Jamie Dooley and Peter Duignan.

Ger Egan finished strong for the White team with 8 points in this quarter alone as he got some great offensive rebounds and went back up to finish with baskets. But it was the Black team that went on a run with Kareem Davis getting a couple of vital baskets and then a big three-pointer from Tiernan Dempsey.

As the full-time whistle approached it was Kareem Davis who got a couple of vital scores to take the lead over 10 points and see him finish as top-scorer for the game with an excellent 19 points. The Black team then showed all their experience to shut up shop and see out the game as they ran down the clock to a hard-fought and well-deserved win.