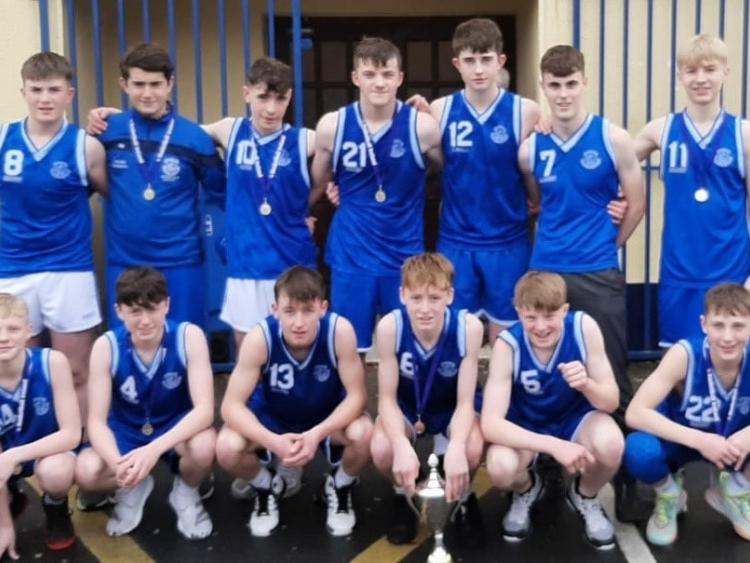 Knockbeg went into this Midlands League ‘B’ final as underdogs having lost out earlier on in their campaign to an impressive Presentation College, Carlow team by 6 points.

Knockbeg raced off to a good start when captain Conall Bergin put them five points to the good within the opening two minutes. Throughout the first and second quarter the teams went toe-to-toe, with Jack Byrne registering his first two baskets and Fionn Anthony adding one.

In the third quarter Presentation College, Carlow outscored Knockbeg by 5 points. The highlight of the game came in the third quarter when Conall Bergin went behind the back and scored an excellent lay-up under severe pressure from the opposition defenders.

Going into the fourth and final quarter, Presentation College led by 32-27 and looked to be in control. Knockbeg dug deep and found it within themselves to get back into the game. With four minutes and 32 seconds to go Knockbeg trailed by 7 points - their largest margin of the game.

They slowly began to draw Presentation College back in with some excellent play on the offensive and defensive ends. Bergin slotted two free-throws to leave four points in it and then Jack Byrne scored another basket to leave just two points between the sides. Lewis Gannon scored an excellent layup off an organised full-court press from the whole team to tie the game at 36 apiece.

Presentation College, Carlow had two key players for them fouled out late on in the fourth quarter and Knockbeg were given the opportunity to go and make free throws. After missing two from the line, Jack Byrne bounced back to make 4-in-a-row and give Knockbeg a 40–36 lead.

Presentation College replied with their own set of free-throws but Knockbeg held on to run out deserved winners on a scoreline of 40-38. What makes the win even more impressive is that none of the Knockbeg College starting team play with basketball clubs.