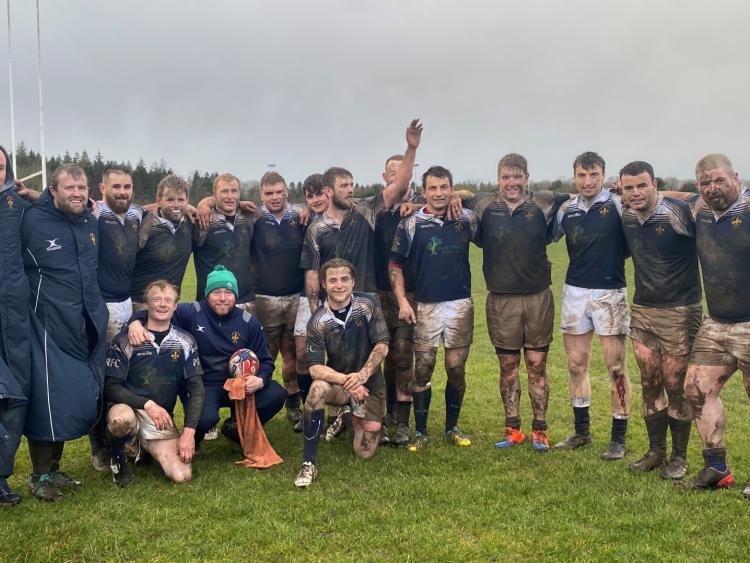 Despite claiming all the points on offer in this game, Portlaoise sit in joint-second with Coolmine in the Leinster League Division 2A table, both on 30 points, with the opening 9 games of the season closed off.

In extremely testing conditions, Portlaoise were playing well against a strongly organised Coolmine side, playing a forward game in contradiction of the veracious wind and rain.

This fixture saw the Portlaoise backs prove to be vital players on the day with Iain Corrigan on the wing and Aaron Coughlan at scrum half playing out of their skins. It was Simon Williams who crossed the whitewash first with a try in the 31st minute to put the Togher side in front of a tight game.

The first minute of the second-half saw a welcomed penalty in which full-back John Scully claimed three points for the home side.

The game consisted of keeping Coolmine away from their targeted whitewash, which Portlaoise did with ease. Harry Lalor and Paudie Bourke both put in exuberant performances playing huge parts in keeping the visitors at bay.

Scully kicked a second penalty in the 45th minute which would ultimately be the closing score of the game and Portlaoise ran out winners in a brilliantly close game, played in horrible conditions.

Aaron Coughlan took home the player of the match title for this fixture after a very strong 80 minutes of rugby where he was on the ball countless times, making important tackles and playing to his team’s strength.

Next on the board for Portlaoise is their Hosie Cup final, where they will take on Clondalkin RFC in Cill Dara RFC on the 28th of December, the day of Portloiase RFC’s Christmas party in Lilly’s.