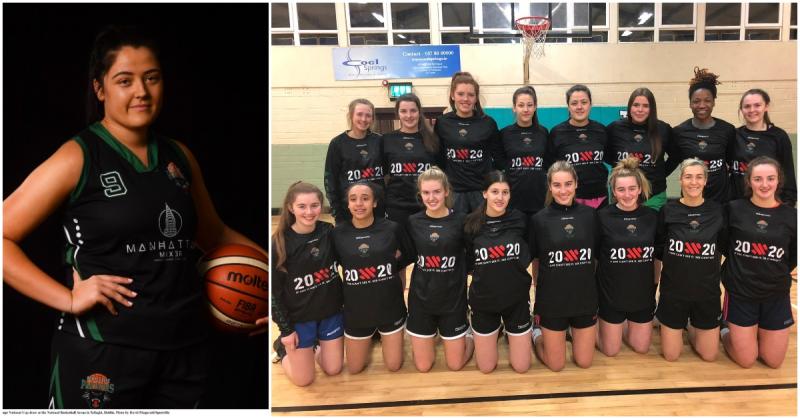 The finals of the Hula Hoops National Cup are down for decision this weekend with local club Portlaoise Panthers well-represented in two finals.

The Portlaoise Panthers had the largest representation of any club at the semi-final weekend in Cork two weeks ago, bringing four teams - Women’s Division One, U20 and U18 as well as the men's U20  - in search of a place in this weekend's showpiece deciders at the National Basketball Arena in Tallaght.

The U20 women and men's squad were narrowly pipped in their semi-finals in Cork, however, the Panthers will still have two teams in action at the finals this weekend.

The Panthers U18 women, featuring a host of talented players who claimed the U19 'A' School's Cup title on Wednesday with Scoil Chríost Rí, will make the trip back to the National Basketball Arena on Friday evening for their Hula Hoops National Cup final against Waterford Wildcats.

Backed by a host of international stars and players with a pedigree of winning such as Ciara Byrne, Sarah Fleming and Jasmine Burke to name but a few, the Panthers girls will be vying to bring a second national title back to Portlaoise in the space of three days.

Tip-off for the U18 final is set for 8.30pm with the game streamed live on the Basketball Ireland Youtube channel - here.

The Panthers senior team will take to the court at 1.30pm on Sunday, looking to upset the odds against Trinity Meteors. The Dublin-based Meteors have only lost one game so far this season and go into the weekend's fixture as favourites.

Claire Melia's return home from NCAA Division 1 side St Joseph's University in Philadelphia is a welcome boost for Head Coach Peter O'Sullivan and his squad as they look to annul the Meteor's two powerful American imports. The Panthers themselves will be able to call on the experience of their own American, Trudy Walker, when they clash on Sunday.

Sunday's game will be live-streamed on the Basketball Ireland Youtube channel (here) from 1.30pm.