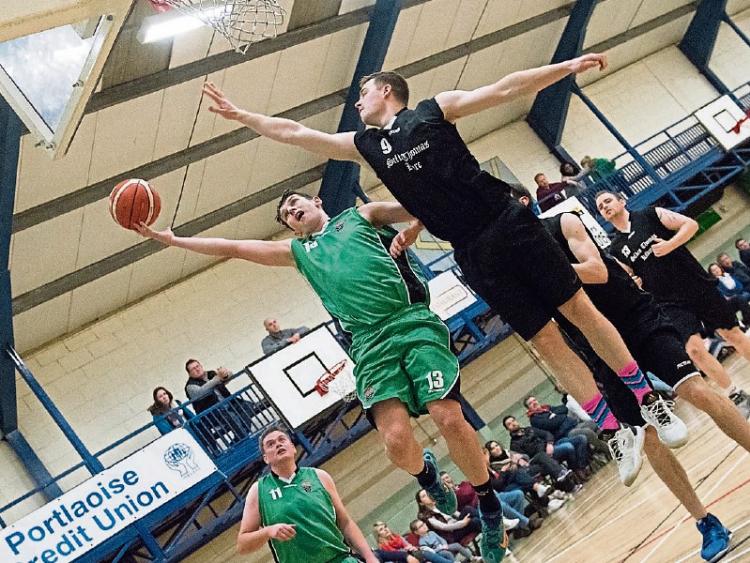 County hall has been forced back to the drawing board with a plan to build a big indoor sports centre which had potential as a national venue, after learning what the price tag of the project would be.

The Leinster Express understands that consultants engaged by Laois County Council have costed the Portlaoise project at a massive €22 million to develop on a greenfield site. There is no large indoor sports facility in Laois that is open to the public.

While several have been built at new schools in recent years St Mary's Hall in Portlaoise remains the only facility that is open to the public but it is owned by Portlaoise Parish.

“The council remains committed to finding a viable and cost-effective proposal for a new municipal sports complex that would cater for many sports in the local community and in the region.

"It seems clear on the basis of our work to date that a major sports complex of that scale would be beyond the financial capacity of Laois County Council and that a multi-stakeholder approach, possibly pulling in sports organisations and private finance, would be necessary to make any substantial progress on this matter,” he told the Leinster Express.

The CEO said the council remains committed to expanding facilities.

“The Council will continue to examine further sites and solutions in the Portlaoise area with a view towards identifying a feasible and workable proposal,” he said.

The future of the project was raised by county councillors in Portlaoise just before Christmas following a motion by Cllr Caroline Dwane Stanley. She wanted answers after claiming that an application to central Government had not been made to proceed with the project in 2019.

However, after being updated by the CEO she said she understood that the council had no choice about shelving the proposal as has been conceived.

However, she welcomed commitments given by the official to explore other ways of delivering a new sports facility for the town.

“I am happy that it has not gone off the radar,” she said.

The news will be a big disappointment to Portlaoise Panthers basketball club which hoped to get a new home to develop further.

Portlaoise's county councillors were angry at the end of 2019 with Laois County Council's failure to apply for funds to build a new hall while Portlaoise’s basketball club is paying €40,000 a year in rent going, as one councillor put it, “ from Billy to Jack” for matches and training.

In April 2019 Laois County Council completed a needs analysis study on the development of a Portlaoise indoors sports hall facility. The study clearly outlined a local and regional need for such a facility.

Councillors were told in December that a suitable site and funding stream will need to be identified to progress this project.

It also emerged at the Portlaoise Municipal Meeting in December that a grant to carry out renovations at St Mary's Hall could not be drawn down in 2019 because matching funds were not available.

The meeting also learned the Portlaoise Panthers is using St Mary's Hall and a number of other facilities.

* The Leinster Express incorrectly reported in its edition of January 21 that the plan was to build a new centre at St Mary's Hall. The parish owned facility was not among a number of potential sites identified when consultants investigated the potential for a new facility in 2019.