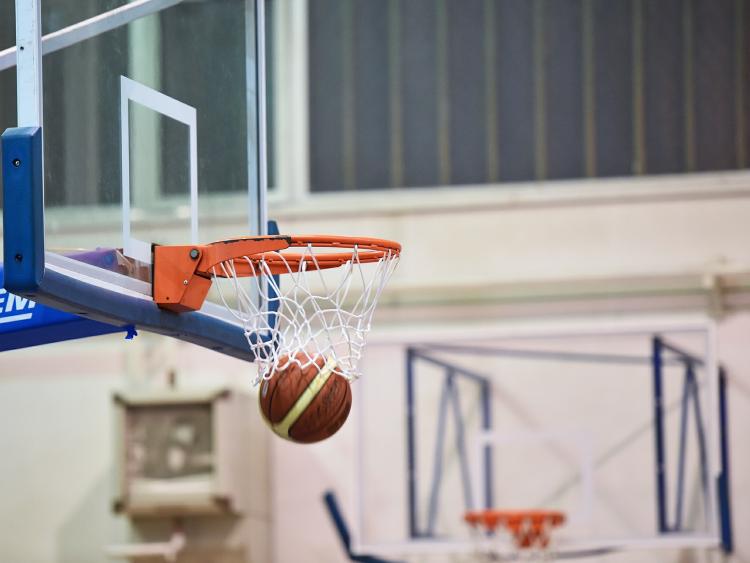 This was the first meeting of these two teams this season in a game that is always highly anticipated to see where both clubs are at with the development of their young players.

The Panthers boys started great with a couple of quick baskets from Patrick O’Callaghan and Fionn Stack. The Panthers Coach Jack Scully put a strong five players on the floor in an attempt to get a good start and it could not have gone any better with all putting in great performances to see them dominate the quarter.

Next up to score was their ball-handler Cillian O’Connell and Rory Tully went to work inside to get some fine baskets. Kestrels were caught on the defensive end with the sheer pace of the movement of the ball and could not get their own offensive game going and it got worse for them as the Panthers lads looked like they could not miss with Aaron Keane and Cillian O’Connell finishing strong to help their team to a 17-point lead as the quarter came to a close.

The second quarter saw five new players from each club come to the floor but nothing changed as the Panthers lads continued to keep the scoreboard ticking over with baskets from Patrick Fitzpatrick and their captain David Harrington. Josh Finn and Odhran Phelan were next to put points on the scoreboard after great work from Jack Fennell.

The Kestrels settled better in this quarter to stop the Panthers run for a couple of minutes and worked hard in the offensive to get some good baskets. As the half-time whistle approached, Portlaoise got back to scoring ways with excellent shooting from Patrick Fitzpatrick and Josh Finn to see them extend their lead to 20 points.

The second half saw both teams playing well, exchanging baskets, Fionn Stack and Cillian O’Connell put points on the scoreboard. The game had slowed down from the hectic pace of the first half with both teams now setting up some good offensives.

Riley Comerford and Fionn Stack benefitted as the ball was worked inside to them for some easy finishes. Kestrels to their credit continued to battle hard for every ball but were unlucky with the final shot. Panthers, on the other hand, were taking their opportunities with baskets from Cillian O’Connell and David Harrington - who was eventually top scorer of the game with an excellent 11 points.

The last quarter saw both teams playing well but the intensity had gone out of the game with the final outcome in no doubt, Portlaoise went on to dominate the game with baskets coming from Rory Tully after great work from Aaron Keane and Fionn Stack.

Kestrels to their credit never gave up battling for every ball but throughout this game they were no match for the bigger and stronger Panthers lads. Panthers finished the stronger team with good performances from Patrick O’Callaghan and Josh Finn to the delight of players and supporters as they went on to a well-deserved win that sees them take a big step towards another Midlands Area League title.