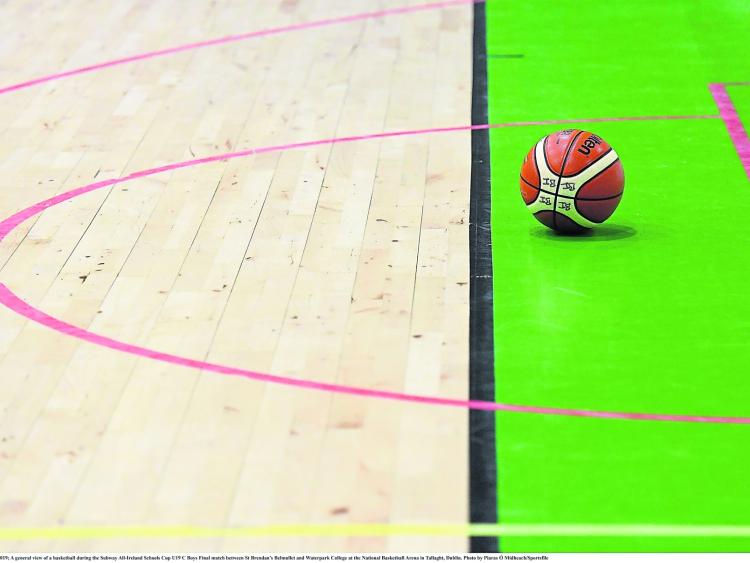 Portlaoise started the better of the two sides with early baskets from Dylan Cahill and Brochan O’Reilly setting them underway. They settled into the game well with strong zone defensive, turning over the ball on several occasions resulting in baskets from Eamon Raji and Cathal McEvoy. As the quarter came to a close Portlaoise opened up a 14 point lead thanks to good work from Eoin Murphy and Michael Gilsenan.

The second quarter saw the home team continue to dominate the game as they kept the scoreboard ticking over with baskets from Jack Byrne and their captain Dylan Cahill.

Portlaoise grew in confidence as the quarter progressed, running the floor at every opportunity resulting in baskets from Michael Gilsenan and Aaron Dooley - who put 8 points on the scoreboard in this quarter alone. As the half-time whistle approached, Portlaoise held a significant 20 point lead.

The second half saw Kildare come out strong to get the first couple of baskets. Portlaoise took a couple of minutes to settle before scores arrived from Jack Byrne and Brochan O’Reilly, who was eventually top scorer of the game with an excellent 14 points.

As the quarter went on both teams were playing well, exchanging baskets, Portlaoise had some fine shooting from Ikhide Cecil Ohiwgrgi and Cathal McEvoy to maintain their lead.

The last quarter saw both teams relax with the final outcome in little doubt. In truth, there was only ever going to be one winner of this game as Portlaoise continued to run the ball at every opportunity resulting in baskets from Aaron Dooley and Michael Gilsenan.

Kildare to their credit never gave up battling for every ball and were rewarded with a couple of good scores but as the game came to a close it was the Portlaoise lads that finished the stronger to seal a well-deserved win.