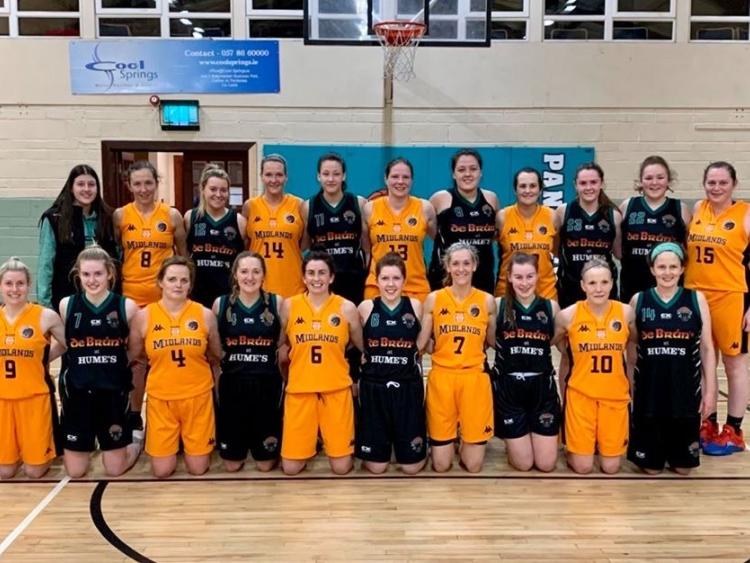 It was another Derby Day in St Mary’s Hall last weekend when the Portlaoise Masters took on Portlaoise Black in the Midland Area League and it was as entertaining as expected.

There were too many legends on the court at once to keep count of and with this being the sides’ third meeting of the season between league and cup games, it had the makings of a great game.

The game was close throughout the first quarter with baskets from Sarah Fleming, Ciara Byrne and Shauna Burke helping Portlaoise Black hold a slight lead for the opening minutes.

Brilliant baskets from Attacta Phelan, Lisa Clancy and Ann-Marie Troy ensured the Masters were showing their experience on the court to keep the game close.

Portlaoise Black held the lead at the end of the first quarter and helped by Fleming, Roisín O’Connell and Shauna Mulhall, they secured a twenty point lead at half time.

The Masters brought their expertise to the court for the second half of the game and pulled it back to just four points in the final quarter.

Portlaoise Black were under much pressure in the second half having lost their large lead. The Masters had Phelan shooting from outside the three and hitting shot after shot as well as strong rebounding under the basket from Jackie Coleman and Ann Marie Troy.

The game then saw the return of club legend, Catherine Ashe (O’Sullivan), who was introduced to the court for the first time after having her baby recently. The young guns put on full-court pressure which worked in their favour and baskets from Jasmine Burke, Shauna Burke and Sarah Fleming kept them in the lead.

The brilliant shooting from Attracta Phelan raised red flags for the Black side accompanied by scores from Lisa Clancy, Pam Grogan and Olive Maher. Panthers Black held on to take a 13 point win in what was another great derby of superb Panthers teams.