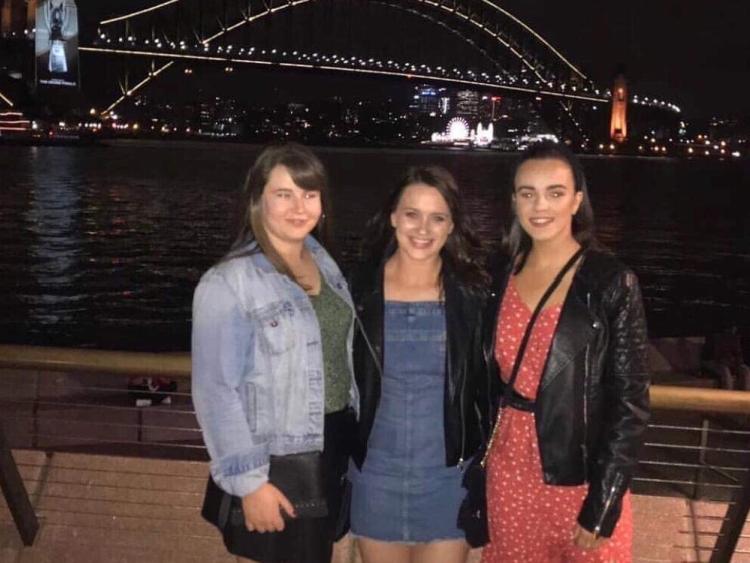 A fun run will take place in Laois this weekend in aid of a Laois nurse who was injured in a freak accident in Australia before Christmas.

The run is in the beautiful grounds of Emo Court, organised by Portlaoise Athletic Club.

It is in aid of Sarah Louise Fitzpatrick, who is continuing her recovery in hospital in Australia after an horrific accident that killed her friend.

On December 20 she and her two friends, fellow nurses Mary Ellen Molloy and Aoife Sheridan from Donegal were travelling in a taxi in Melbourne when a large tree branch fell on it.

Mary Ellen Molloy died from her injuries, Aoife was luckily unharmed and Sarah was injured.

Sarah's father Seamus Fitzpatrick is a nationally respected athlete and his club Portlaoise Athletic Club wanted to hold a fundraiser for the family.

"It's a show of our support, from the athletic community and their friends to say we are here for them. She is on the other side of the world, her family have been out to see her and it's not cheap, we wanted to help with costs," said club member Joe Walsh who is the event manager.

"We also want to wish Sarah well in her continued recovery," he said.

The run is at 10am this Sunday morning March 1 from the farmer's market at the entrance to Emo Court, with the kind permission of the Office of Public Works. There is no registration fee, just a bucket collection.

"You can walk, jog or run, we hope to see as many people as possible to come out in support," Joe said. 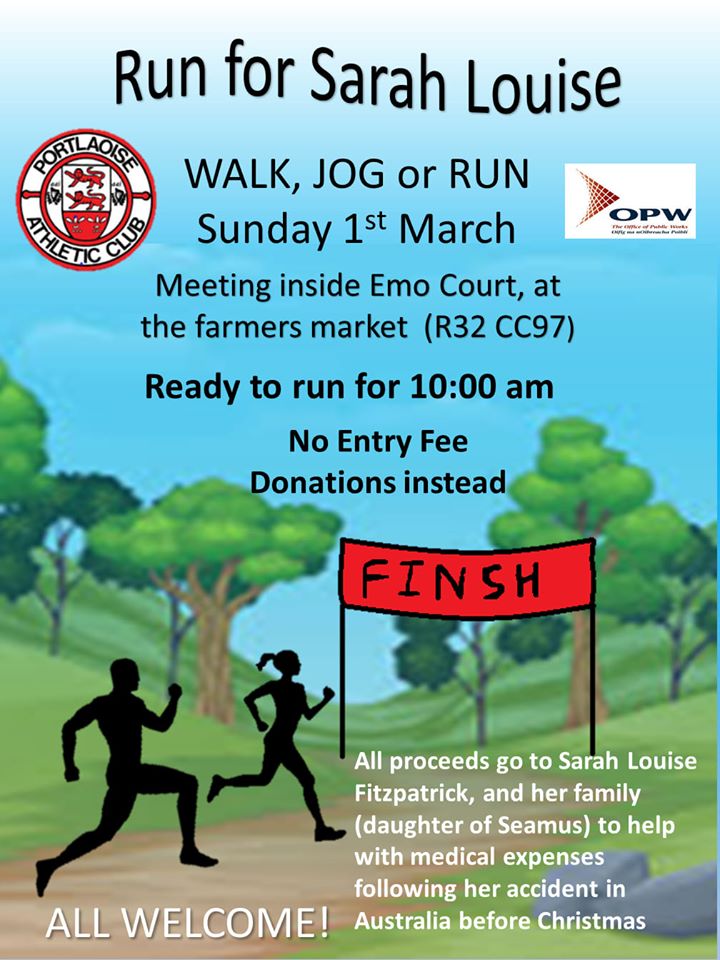