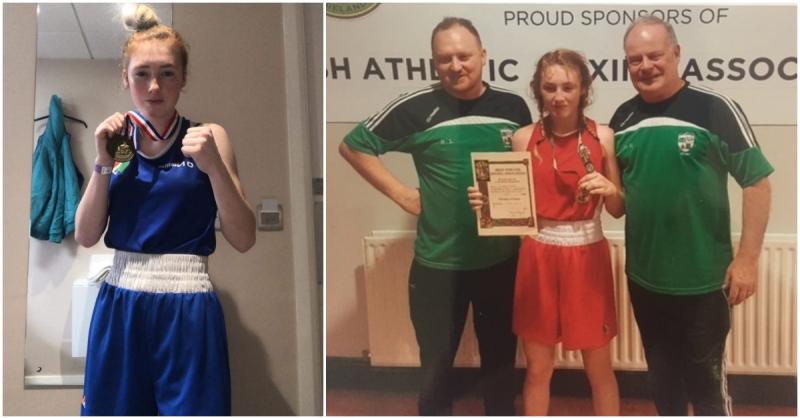 On Saturday last at the Welsh Institute of Sport, Cardiff, Ireland’s National Youth Boxing team competed successfully against the Welsh National team. The Irish team travelled to Wales the day before to prepare for this event, and among the squad was Portlaoise’s own Rachel Lawless.

Lawless, an emerging talent in women’s boxing, represented Ireland and the Portlaoise ‘Centre of Excellence - Boxing Academy’ in the Flyweight category.

Her performance, to say the very least, was outstanding on the day and had to be to get the result. Her opponent, the “Golden Girl” of Welsh boxing and current national champion, Zoe Andrews, proved to be a very tough and formidable opponent.

Rachel started the first round in high octane mode and was amazingly sharp, getting scores with eye-catching punches. Her southpaw style posed enormous problems for her Welsh opponent who found it very difficult to match the pace Rachel had set.

Rachel won the first round convincingly. To stay in the contest, her Welsh opponent came out all guns blazing in the second round. Lawless, boxing with huge confidence, attacked and defended very well against a very strong and determined Welsh champion, launching explosive counter-attacks to the body and head with great accuracy and success.

The Welsh champion had some success in the early part of the third round. However, Rachel’s dominance using her excellent technique, good attacking and defensive skills, made better decisions over the three rounds and ultimately the young Portlaoise boxing prodigy came out with a deserved victory.