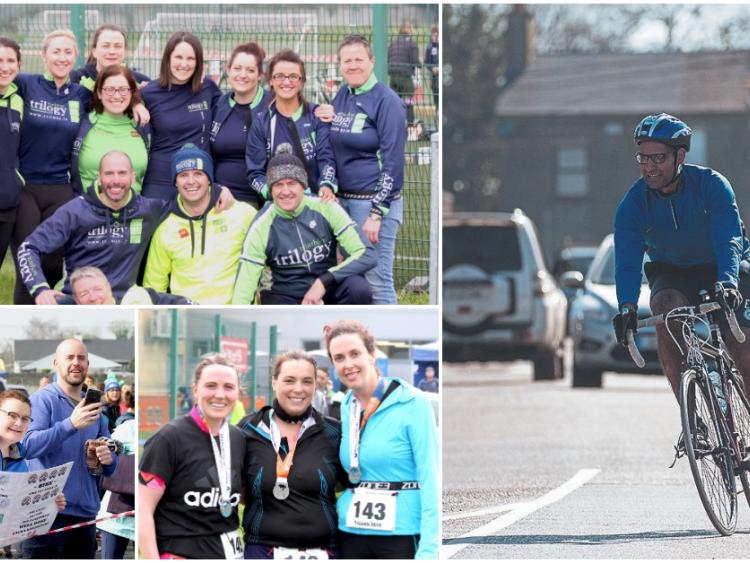 When most people hear the word triathlon, they think of elite athletes or super fit people. After all, there are three disciplines involved. However, with a growing emphasis on health and wellbeing in society more people are taking the plunge by signing up for fitness programmes across the country.

Several athletics clubs in the county run successful Couch to 5km programmes, these programmes are for people who want to get active, get fit and make better life choices. Their success is immeasurable.

Local triathlon club Trilogy started their ‘People in Sport Programme’ in 2014, then called ‘Women in Sport’. The aim at the time was to get more local women involved in the discipline itself, the programme was supported by Laois Sports Partnership but the demand for the programme grew so much over the years it was later opened to both genders.

The People in Sport Programme initially catered for 18 participants but with pressures to increase its capacity, in 2020 the club worked hard to extend the places available to 35, as every year come January the programme was sold out in minutes. At €60 for an 8-week mentoring programme offered by qualified Triathlon Ireland coaches, having this cost-effective gem available in the local community is really nothing short of a marvel.

So, what is the programme for? The ultimate challenge is to complete Tri-Laois which is held on the first Saturday in April every year. Once completed, you’re officially a triathlete.

Tri-Laois has grown from strength to strength each year, quadrupling in size since it’s inception. Now boasting a cap of 400 athletes, it also officially opens the triathlon season with Triathlon Ireland.

Participants travel from all over Ireland bringing much-needed tourism and business to the town. A huge contingency is expected from Dublin this year with 180 athletes taking part, alongside members from triathlons clubs in Down, Cork, Waterford, Meath and Wexford.

Portlaoise Leisure Centre hosts the momentous event every year with 6 months preparatory work fed into the race by a race committee within the club.  Every box is ticked to ensure the safety of the community and participants on the day. Over the years it has attracted huge crowds of spectators and with new cycle and run routes planned for 2020, more of the locals will get to witness the spectacle that is Tri-Laois.

Tri-Laois has sold out in record time for 2020 leaving a huge waiting list hoping for a cancellation place. The popularity of becoming the master of swim, bike, run grows more on more each year. Not a bad achievement for a small Tri-Club with a mere 150 members.

For a town of its size, Portlaoise hosts two major sporting events on the run and triathlon calendar each year. The Streets of Portlaoise Race on March 17th and Tri-Laois on April 4th.

If you feel that triathlons are just for elites or sportspeople, think again. On Saturday, April 4th, this year have a peek at the runners and the cyclists teaming and filling the roads in your locality, you might be surprised to find they look just like you and me!

For information on Tri-Laois or if you’d like to get involved in any way please email director@trilaois.ie or visit www.trilogy.ie