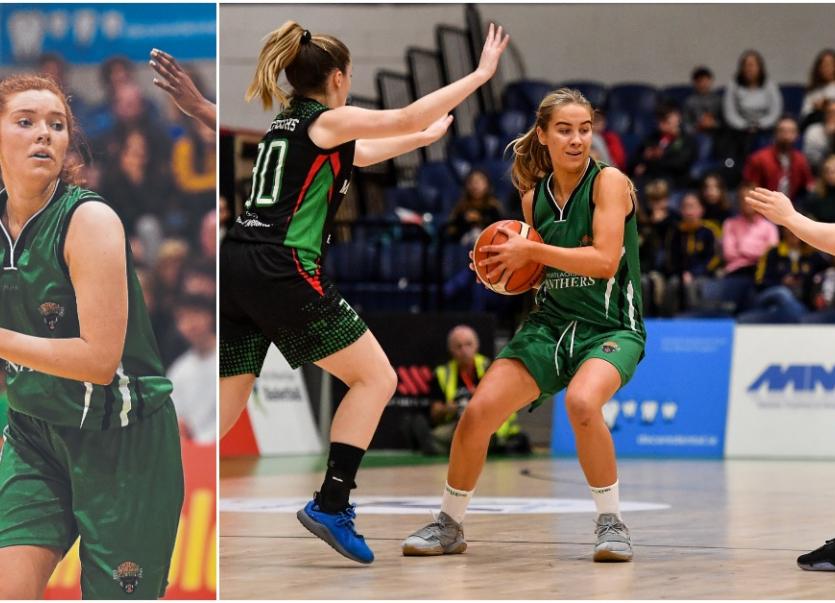 The Women’s Division One league title is up for decision this coming weekend as the top four teams in the league prepare to do battle in Leixlip, including local club Portlaoise Panthers.

The Meteors and Panthers game is a rematch of the Hula Hoops Women’s Division One Cup final back in January, which Portlaoise won by just four points, 75-51. Meteors have been in flying form since that though, and have gone on to scoop the Northern Conference title following a superb run of league form. They will look to Cork native, Edel Thornton, to lead the charge alongside the on-form Lauren Grigsby and Sarah Kenny.

The Panthers are also having a superb season and their mix of youth and talent has led them to Cup glory and helped them to challenge for top position in the league. They will look to the experience of American Trudy Walker and Deirdre Tomlinson to help guide them, but have a host of talented young stars to bring in including Ciara Byrne, Gillian Wheeler and Sarah Fleming.

The two sides last met each other just last Saturday evening in the regular season, with Meteors coming out on top, 102-78, behind superb displays from Grigsby (27 points) and Thornton (20 points).

The other semi-final is just as interesting, with St Mary’s and Ulster University also meeting for the second time in seven days. The sides met in Kerry last weekend with St Mary’s managing to take the spoils, winning by just one basket in the end, 69-67.

The semi-final games tip-off from 12.30pm on Saturday in Leixlip Amenities with the winners of both semi-finals going on to contest the final on Sunday, where the Women’s Division One league champions will be crowned and promoted to the Women’s Super League for next season.