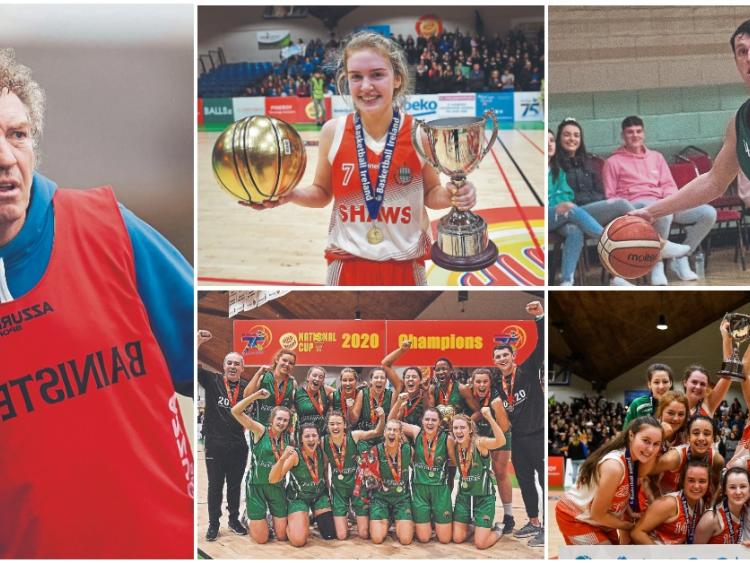 Basketball Ireland has today announced their Annual Awards and President’s Lifetime Achievement Awards for the 2019/20 season, with no less than seven awards bound for Portlaoise.

It tops off what has been a stellar season for basketball in Laois.

Portlaoise Panthers rounded off a massive week back in January by winning two national cup titles in one weekend, just days after Portlaoise school Scoil Chríost Rí scooped a schools national title. They went on to complete the double at the end of February with a hard-earned over Loreto Abbey, Dalkey to add the U19A All Ireland Schools League title to their growing collection.

The Hula Hoops Women’s Division One National Cup Division One trophy followed down the M7 to join the U18 trophy that Panthers won two days prior when they stormed home to a 75-71 point win over Trinity Meteors in the final at the National Basketball Arena in Tallaght.

Laois sporting legend Pat Critchley, who coached the Scoil Chriost Ri girls to their historic double, is one of three recipients of the Basketball Ireland President's Lifetime Achievement Award.

Rising star Ciara Byrne, who remarkably played a central role in all the successes for school and club, will deservedly collect two awards. For her role in the Women’s Division One run, Byrne has been named as the Young Player of the Year, while she will also receive the Female U19 Schools Player of the Year for her performances with SCR.

Gillian Wheeler, another key figure in both the Panthers and SCR's successes, has been named as the U18 Female Player of the Year. Meanwhile, Jack Dooley, a senior men's player and heavily involved coach, is the Women’s Underage Coach of the Year.

Area Board Club of the Year: Portlaoise Panthers

U18 Female Player of the Year: Gillian Wheeler