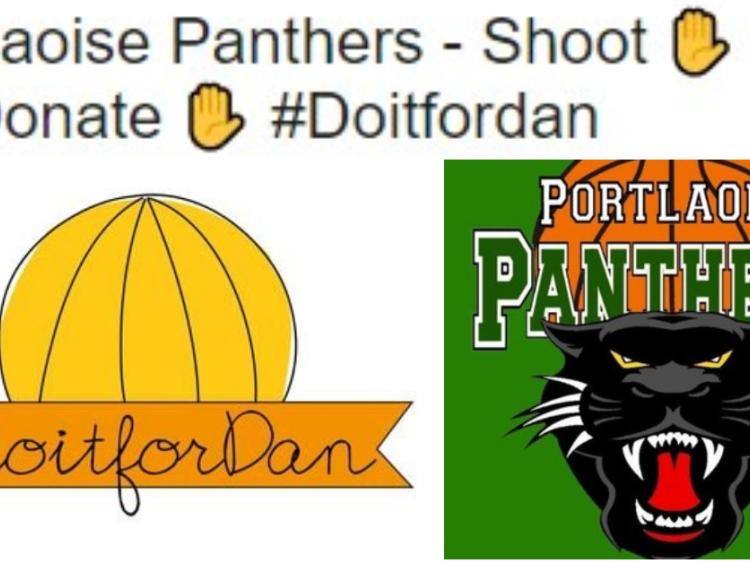 The Portlaoise Panthers Basketball Club's 'Shoot 5, Tag 5 and Donate 5' online fundraiser in aid of the Do it for Dan campaign is filling up social media feeds across the county.

The Panthers, who were recently crowned Basketball Ireland's Club of the Year, launched their novel skills challenge earlier this week where they asked current and past players, coaches and the general public to shoot 5 shots, tag 5 people and donate a minimum of €5 towards little Dan's life-saving treatment.

On their fundraising page the Club wrote:

"Aisling is also a very talented basketballer, she played in Scoil Criost Ri under the great Pat Critchley and went on to play with Ballyroan in the Midland League.

"Following on from the GAA community's great contribution over the past few weeks we are looking for the basketball community to come together and help get this little man the help he needs.

"The idea is to shoot 5 shots, tag 5 people and donate a minimum of 5 euro. Please post a video/picture of your shots and nominations and don't forget to share the link to our fundraising page," they said.

To date, they have raised €2,750 of their €5,000 goal with people of all ages and abilities getting involved. Aside from their many well-known and accomplished basketballers, former players and current Laois footballers Kieran Lillis and Benny Carroll are amongst those to get involved.

Even those who don't have their own hoops have been getting creative and repurposing old buckets, while others have opted to do their five shots with teabags and a mug!

To donate and get involved, you can do so HERE