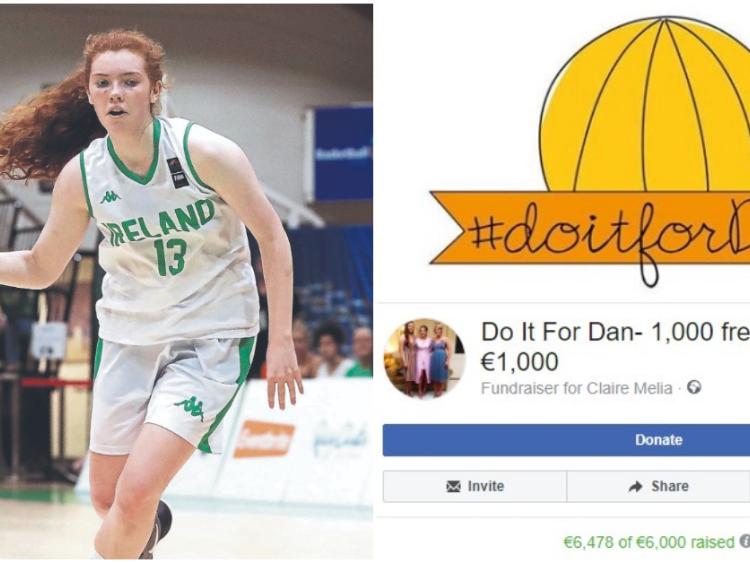 One rising basketball star, Claire Melia, is set to round-off her 1,000 free-throws fundraiser in aid of the Do it for Dan campaign today.

The Portlaoise Panthers and Ireland star, who spent some time plying her trade in the NCAA Division 1 with the Saint Joseph's University Hawks in Philidelphia earlier this year, initially set out to 1,000 free-throws for €1,000 - but her fundraiser has taken off and has so far raised €6,500 for little Dan's treatment.

A native of Monasterevin, Melia travels to Portlaoise to play with the Panthers where she has racked up an impressive haul with the successful club. She is also a keen footballer and has represented the Kildare Ladies an underage level.

Melia will live stream her 1,000 free-throws at 2pm today, Friday April 24, on her Facebook page - which we will share on our own social feeds.

The rare genetic neuromuscular disease has a life expectancy of 18-24 months. A groundbreaking treatment, Zolgensma, is available in the US but at a cost of 2.1 million dollars for a once-off infusion. The treatment can substantially improve quality of life, and survival rates of this horrific disease.

Almost 75,000 individuals or groups have donated to the Do it for Dan GoFundMe page launched on March 5 to get little Dan the treatment he so richly deserves. On Sunday night just past, April 19, they reached the halfway point of their €2 million goal and have since surpassed the €1.6 million mark.