Aengus laps it up to raise over €3,500 for Spinal Injuries Ireland 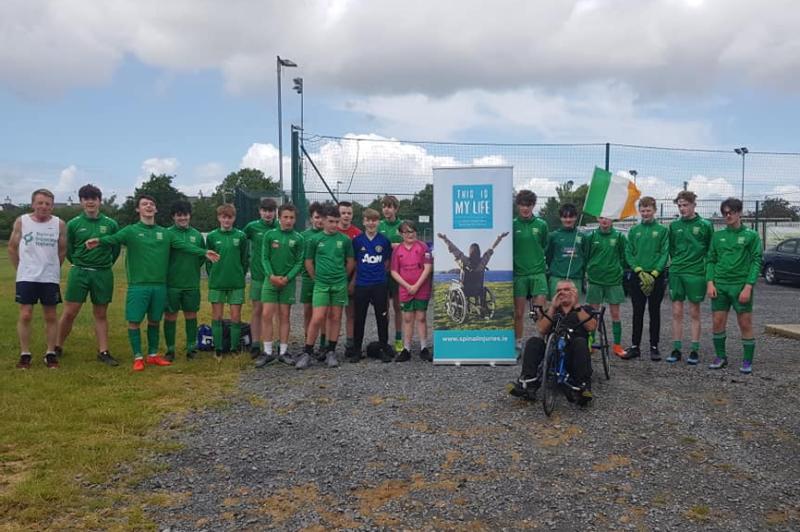 On a fresh Sunday morning at Rossleighan Park, Portlaoise man Aengus Burke completed a mammoth 21-mile fundraiser, with plenty of company along the way, in aid of Spinal Injuries Ireland.

Aengus is well-known locally for his involvement within the soccer and athletics communities in Laois, and is often seen on the clocking up the miles on his runs. The charity, Spinal Injuries Ireland, is one close to Aengus’ heart as he suffered a spinal injury in 1984 but thankfully made a full recovery.

“Because I know the consequences of a spinal injury and appreciate the work done by Spinal Injuries Ireland. I suffered a spinal injury in 1984 but luckily made a full recovery, others are not so lucky,” explained Aengus.

“I'm inspired by the work of Spinal Injuries Ireland and wanted to support them by raising money.”

Starting out at Portlaoise AFC’s home at Rossleighan Park, Aengus’ route brought him back to the grounds approximately every 22 minutes. An established athlete on the athletics scene, Aengus has previously pulled on the Irish singlet at the Masters grade.

A former player turned coach, Aengus was egged on by his U-16 squad for the duration who joined in for some laps while also brushing off the cobwebs in the goalmouth, and many other Portlaoise AFC juvenile teams lent their support over the course of the day too.

His friend Paul Tobin, an All-Ireland winning wheelchair hurler and hand cyclist, also joined, as did members of the Raheen Cycling Club and his own athletics club, Portlaoise AC. In total, Aengus raised almost €3,500 for the charity. 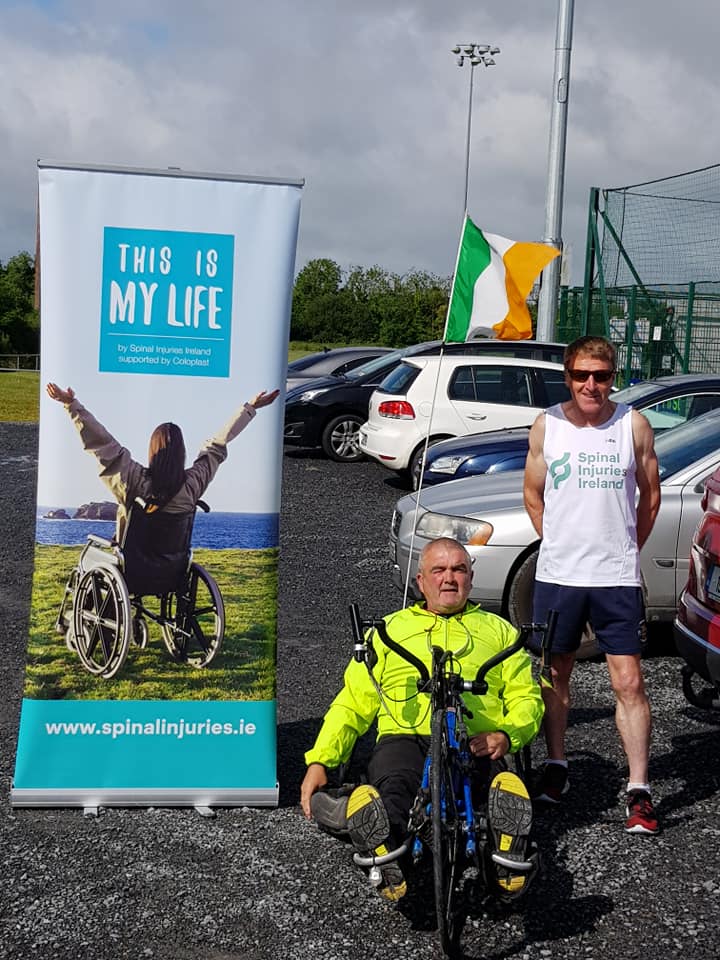 “Thanks to all who shared and promoted the event, special mention to Jimmy Hewitt for his kind words last night. Lastly thanks to the coaches who got their teams out today and participated.

“We sometimes lazily criticize young people, but marvellous to see the ladies and lads getting out of their beds on a Sunday morning to play ball and join in running the loops of Rossleighan also and doing a bit for charity.

“I am delighted to say that between online and card donations we are not far off an incredible €3,500, link attached if anyone wants to get us over the line. Portlaoise AFC at its best in the community.”

To donate, you can do so HERE.