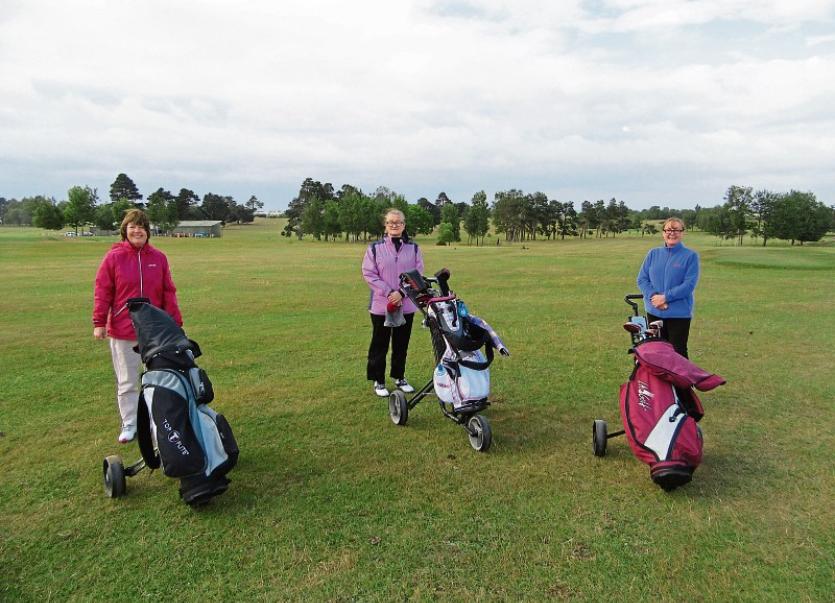 The Heath’s Get into Golf programme for women will commence in early July with an information evening being held on Wednesday, June 25 at the club at 7 pm.

This was supposed to commence in April but had to be postponed due to COVID. The Get into Golf programme has been carried out at the Heath Golf Club since 2015 and has been very successful in attracting women to golf. The idea behind the programme was developed by the Confederation of Golf in Ireland and the club is lucky to have been supported in these programmes by Justin O’Byrne of CGI.

A series of lessons with the club’s resident PGA professional Mark O’Boyle will be organised by the ladies section of the club. This year we are very grateful to have received funding from Laois Sports Partnership as part of the 2020 “if she can’t see it she can’t be it” initiative enabling the club to provide small group coaching.

Each one hour lesson is followed by tea/ coffee to facilitate social interaction; this has been found to be important where women are concerned. Social distancing will apply for this series of lessons and sanitised equipment will be provided. The lessons are followed by practise sessions with established members.

By the end of the programme, the participant will have a good idea of whether golf is for her or not. Participants generally make friends in the group and then arrange their own practice sessions. When the series of lessons are completed the participant is offered a deal for membership that includes the remainder of the year and the following year. Participants are from all ages from 20s to 60s. The great thing about golf is that it can be played well into the 80s. The club has gained approximately 40 new women members as a result of this initiative since commencement.

Most of the participants from the past few years commented that they really liked that they were all beginners together. Many said that the experienced players were patient and encouraging with beginners. Once the beginners gained a bit of confidence they joined the club’s fun competitions such as the 9 hole Monday evening mixed social golf (men and women play together) that is played in a scramble format.

That means that the player is a member of a three-person team, the best shot is chosen and the other two play from the same place. So it doesn’t matter if your shot has gone a bit wayward – the team will get to the green! The ladies section play a regular social competition on Thursday mornings again in a team format.

Christine commented that when she started playing in the mixed social competition she realised that the more experienced golfers are also capable of putting balls into bushes and furze and that made her feel better. Rita joined for the social side of the club but is now playing regularly. She is part of a group who practiced together on quiet Mondays and Fridays and then progressed to the more regular competitions.

All rounds of golf are finished with the obligatory cup of tea or coffee and sandwich or snack in the clubhouse. Anne said it is helping her to keep her sanity during this Covid crisis and loves being back out after only starting last year. Cathy said that she would not have persevered with the golf if she hadn’t participated in the Get into Golf programme; the lessons were a big help and the tea afterwards helped her to get to know people and make friends.

The fresh air, exercise and social aspect keeps us all going through the trials and tribulations of the sport.