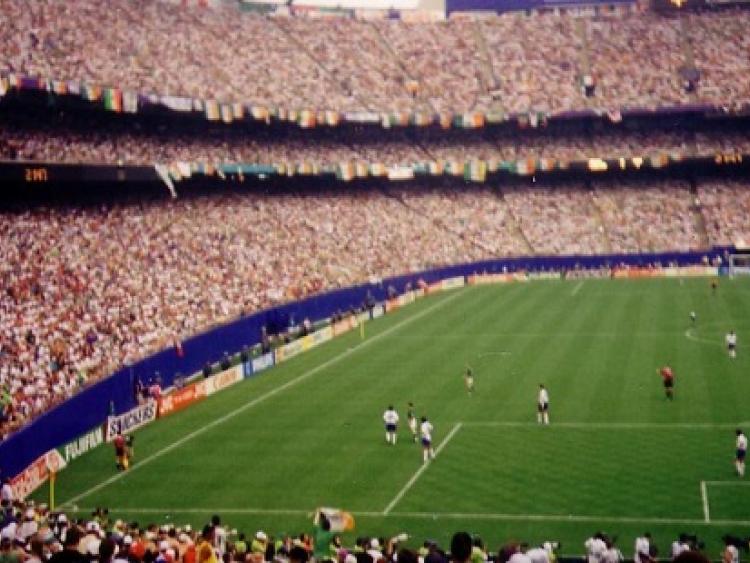 Right-back: Chris Hughton, solid as a rock could really play

Centre half pairing: Kevin Moran, Dublin centre half back, put his body on the line for Jack, the Dubs and Man Utd and has the scars; Mick McCarthy - Had everything that Jack wanted, heart, grit, determination, steel and .... long throws.

Midfield: Paul McGrath, Uh ah! TOTAL LEGEND; Roy Keane - him and Maurice Setters didn't get on but boy could the Cork lad play; Andy Townsend one of the more unlikely grandparents rule players was one of Jack's favourites; Ray Houghton - who put the ball in the English net? Went from playing in Oxford to Anfield to Giant Stadium - and battered old Lansdowne of course.

Up front: Tony Cascarino, Big Cas - didn't even qualify for Ireland but who cares he fitted into Jack's system perfectly; John Aldridge - the scouse legend who was Jack's perfect striker - worked more than scored according to Jack's formula.

Subs: Alan Kelly, who could displace Packie?; Dave O'Leary - A nation holds its breath; Ronnie Whelan - Russia; Liam Brady - chippy and Jack never got on but class is permanent; Niall Quinn - a footballing version of Cas - also hurled with the Dublin minors; Chris Morris - who - Celtic and solid.