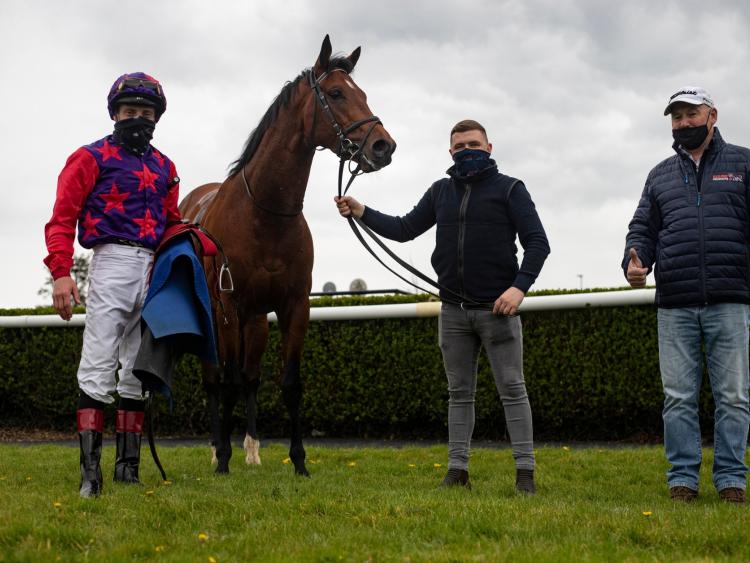 Portarlington based Horse racing trainer Kieran Cotter secured another winner on the Irish Racing circuit yesterday when Erosandpsyche won the 5.10 at Tipperary returning at a price of 16/1.

It was the third run for the horse as it finally broke its maiden tag under the guidance of Declan McDonagh in the saddle.

Erosandpsyche was prominent all the way through but soon closed up the gap with the leaders and disputed the lead before going on to take the lead one and a half furlongs from home before staying on well to win.

Cotter's yard is based at Clonanny – an area between Portarlington and Monasterevin.

In 2020, Kieran Cotter was in the spotlight as he claimed a Training performance award at the The Curragh awards with one of his leading lights being a horse called 'A Step Too Far'. The four year old claimed claimed six handicap victories in a row during 2020.

Cotter himself tweeted after his win in Tipperary on Tuesday;

Erosandpsyche loses his maiden tag at the 3rd time of asking @tipperaryraces today. Big thank you to all staff in the yard for their hard work and @declanmcdonogh for a super ride. Delighted for the Dreelings! https://t.co/f34yuLUZ1t