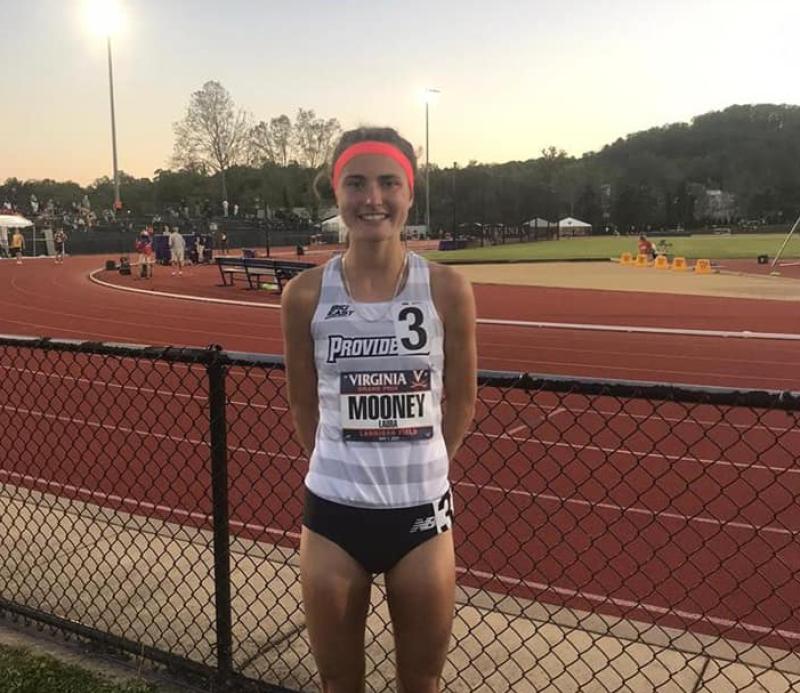 LAURA Mooney has set a new Irish U-20 womens' 5,000 metres outdoor record. The former Scoil Chriost Ri student had a super race in America over the weekend to set the new record of 16.19.43 – she beat the previous record of 16.19.80 of Sarah Collins by a fraction of a second.

The Offaly woman was a member of Tullamore Harriers before going on scholarship. Under the coaching guidance of Damian Lawlor and many others, she made tremendous improvement in the past couple of years and was thrilled to win a scholarship.

That shows the type of form she is in and she had to dig very deep in the last lap in Charlottesville set edge inside the record. Her previous personal best was 17.06 and it was a sensational improvement. It shows that she is clearly benefitting from the training and also having the time to recover between sessions.

A former secondary school student in Portlaoise, she is a ferociously committed runner and adopted a high volume approach as she began to make improvements in her teens.

She went through 3k in 9.48 on Saturday and ran each 400m lap in approximately 78 seconds.

Mooney comes from a well known Cappincur and Offaly sporting family. Her father Brendan played football with Raheen for years, older brother Barry was a Cappincur senior footballer before picking up a bad injury in an unfortunate car accident a couple of years ago and sister Alison is a competitive and talented rower.

Mooney said after the race: “Training has been going really well since I got to Providence and my coach Ray Treacy is really good at getting the best out of his athletes. I know that he has had huge success getting athletes to Olympics, World Championships and the World Cross Country. This helps me trust his training and race plans and you can see the result of that in my run today. I’d also like to thank everyone back in Tullamore for all the support. Tullamore Harriers is a great club. The facilities maintained by the clubs management committee are first class and I’m very grateful to the group of coaches who worked with me from 8 to 18.”