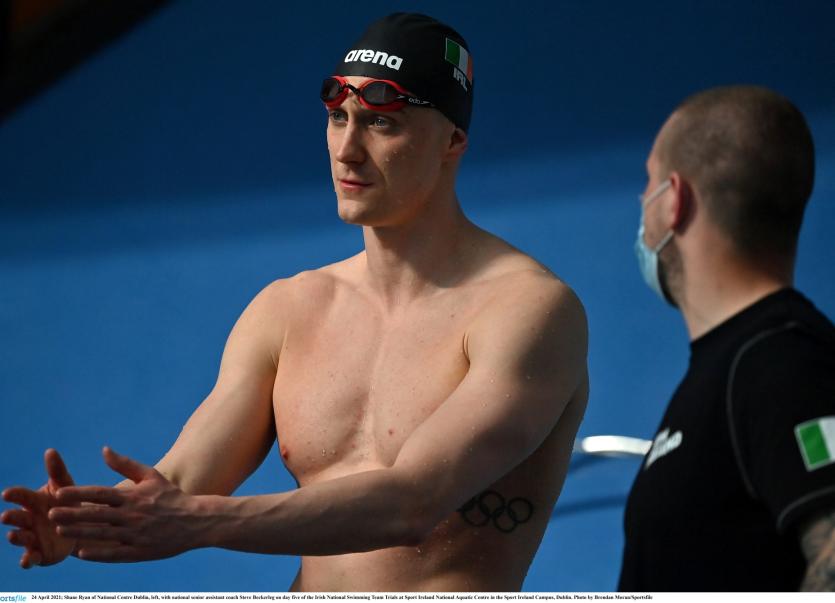 An Irish swimmer with Portarlington roots who was part of the team who secured Ireland a place in the 4x100m Medley Relay at the Olympic Games, has seen his chance of competing in the event go up in controversial smoke.

Ryan looked like a nailed on certainty to make the 4x100m Medley Relay team and compete in two different classes in Tokyo but in a bizzare turn of events, that invitation has since been rescinded meaning that Ireland have been left with just an invite to for the 4x200m Freestyle Relay event.

While he could still qualify for that team, the make up of who is selected won't be known until July but he wouldn't be as nailed on to make that team as he was in the 4x100m category.

In a statement released by Swim Ireland this week, they commented;

"Swim Ireland can confirm that we received correspondence on Sunday, June 6 from FINA rescinding their invitation for Ireland to compete in the Men’s 4x100m Medley Relay at the Tokyo Olympic Games.

"Having received and accepted FINA’s invitation to compete on Saturday, June 5, we are extremely disappointed that FINA have told us that the invitation was issued in error, particularly given the impact on the affected athletes. Our intention is to challenge the decision and we are currently exploring all options in this regard.

"The invitation for Ireland to compete in the Men’s 4x200m Freestyle relay is unaffected. The Tokyo Olympic Games will be the first time since 1972 that Ireland has competed in a swimming relay and the first time ever that an Irish male relay team will compete."

All is not lost and as stated already, Ryan will compete in the 100m backstroke while fellow Portarlington swimming hopeful Nicole Turner has also qualified for the Paralympics that will also take place in Tokyo this Summer.