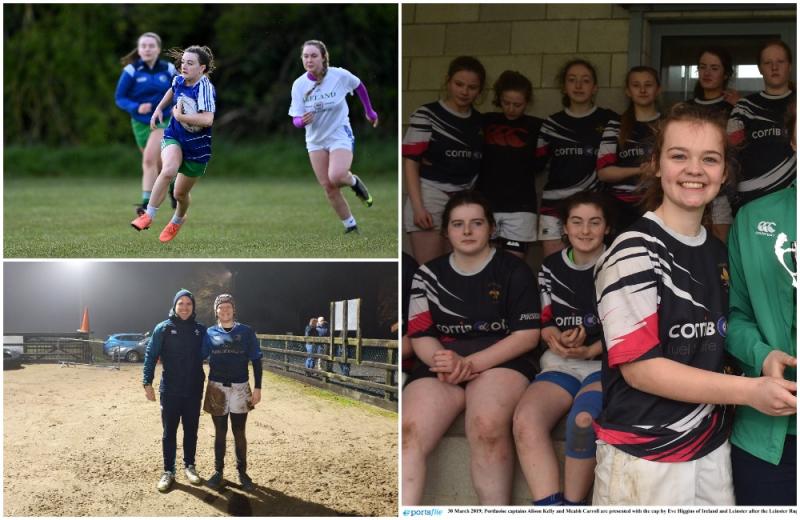 It has been a good news week for Portlaoise RFC with the news that three current players and one former player have been selected on Ireland and Leinster Rugby panels.

Three members of the current Portlaoise RFC u18 Women's team have got the call to be part of the Leinster U18 squad for the coming season.

Portlaoise natives Koren Dunne and Alison Kelly along with Emma Larkin from the Straboe Area took part in intensive training camps with the province over the course of three Sundays in May, with close to 120 players from schools and clubs taking part in three on-pitch screening sessions at Cill Dara RFC (all done in compliance with government COVID guidelines) after which three of those selected were those aforementioned above.

This latest boost for the club follows on from Will Reilly getting a late call up to the Ireland U20 panel. The Ballyfin native is a past player of the club and now plays for Barnhall. Reilly is a member of the Ballyfin senior football panel who reached the Senior football semi finals in 2020 before Covid-19 brought a halt to the action.

Reilly has been picked as a squad member by Ireland U20s Head Coach Richie Murphy  for the U20 Six Nations Championship, which gets underway on Saturday as Ireland face Scotland in Cardiff (Kick-off 2pm, live on RTÉ 1).

He was also involved in the Ireland U20s Talen Camp held recently at the IRFU Performance Centre, has been called up and will travel with the squad when they depart Dublin on Thursday.

Reilly’s family have a strong association with Portlaosie Rugby and his father Ciarán served as club secretary for many years.