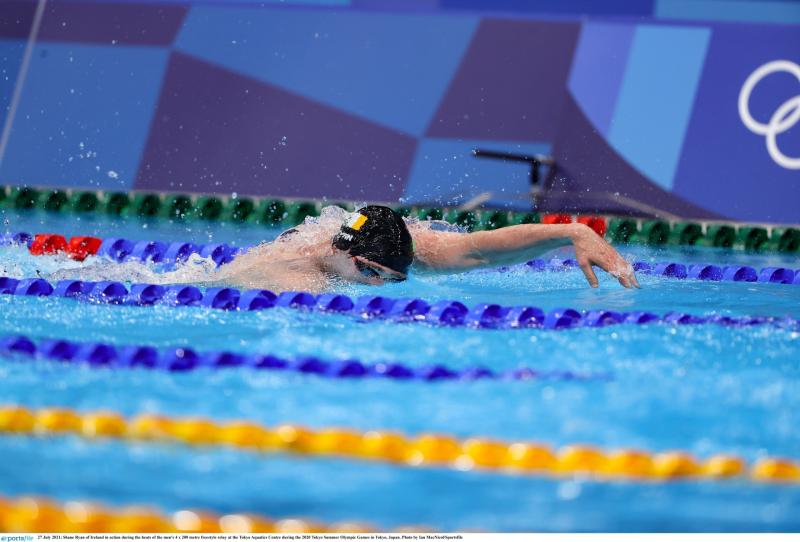 Shane Ryan made up for some of the disappointment of having to pull out of his chosen Olympic event in Tokyo by making history for Ireland at the games in Japan.

The swimmer whose dad Tom is from Portarlington in Laois joined three other Irish swimmers in a landmark swim.

For the first time in history Team Ireland fielded a Men’s 4 X 200m Relay in swimming featuring with Jack McMillan, Finn McGeever, Brendan Hyland and Shane who also swam for Ireland in Rio.

The quartet finished 8th in their heat with a time of 7.15.48, resulting in a 14th place overall finish; the top eight progressed to the final.

McMillan showed his class in his Olympic debut, clocking a time of 1:46.66 in the opening leg of the relay, putting them in fourth place at that early stage, the first time that he swam under 1:47, and swimming an Irish Senior Record.

The achievement may make up for some of Shane's disappointment in having to pull out of the  men's 100m backstroke due to injury. All his previous major championship medals were won in the backstroke.

It was reported that the decision was made in consultation with the Team Ireland swimming and medical staff in Tokyo.

Ryan, a native of Pennsylvania in the USA, is due to contest the 100m butterfly.