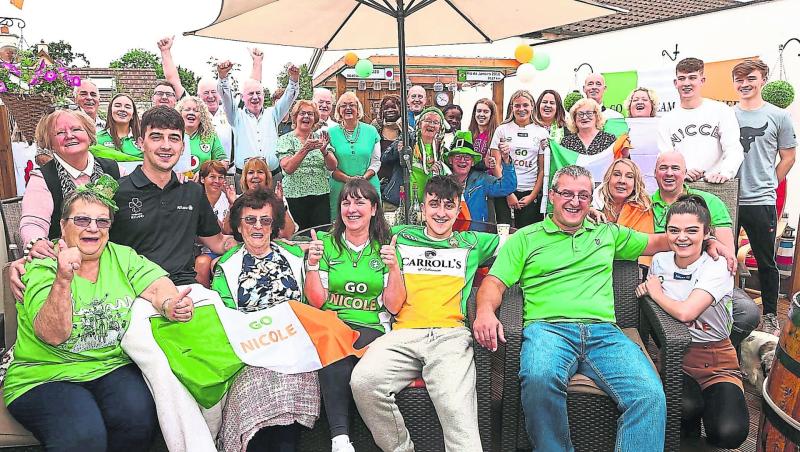 Portarlington's Paralympic silver medalist Nicole Turner is a Laois woman who says she'll be killed if she doesn't also say she is an Offaly woman.

Nicole, whose brother Ciarán has a clear Offaly allegiance, was very diplomatic this week.

Nicole said she was born in Portlaoise hospital, she lives on the Offaly side of border between Laois and Offaly in Garryhinch. Her family live about 300 metres from a border bridge so technically, she is an Offaly woman.

But Nicole has a different take on it, as she outlined in an interview with the Irish Independent.

“I’ve always said I’m a Laois woman, simply because Laois is the bigger county and some would say it’s a better county for the football and hurling. But I live right on the border. If I say I’m not an Offaly woman, everyone in Offaly will be killing me,” she said.

The family moved to Garryhinch near Portarlington 21 years ago and have never thought of leaving. Her mum Bernie told the Express that they thought they lived in Laois until she saw the Offaly flags being flown when Offaly were going well in GAA.

Nicole also outlined some of her plans for the future.

“I’m definitely going to keep swimming. We have a nice little break, just to unwind and have some time with friends and family, but Paris is only three years away and I’m still only 19, so Paris is definitely on the horizon.

“Education-wise, I think I am going to do a PLC rather than go back to my Leaving Cert just because it would be less stressful, and I can work swimming around both. I mean, we have a few weeks off and then we’re straight back into training because the Worlds Championships are in Madeira next June, so it’s a very early season next year as well,” she told the Independent.