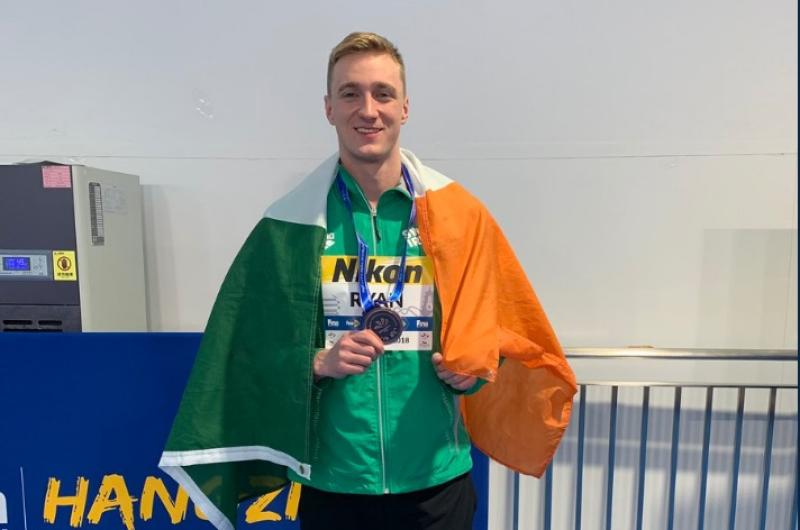 Toronto Titans top the table with a 50pt lead over DC Trident going into Friday night's Day 2 of Match 5.

Friday night's second leg of Match 5 begins at 19:03 Irish time. Hill’s Team Iron and Ryan’s Toronto Titans will also be in action in Match 6, which takes places across September 16-17. In that match, they race against Cali Condors and New York Breakers.

Ryan, whose father hails from Portarlington, qualified to swim for Ireland and represented the Irish team in the recent Olympic Games in Tokyo.

An outstanding swimmer, he is proud of his Portarlington roots and has been known to be a frequent visitor to the town in recent years.