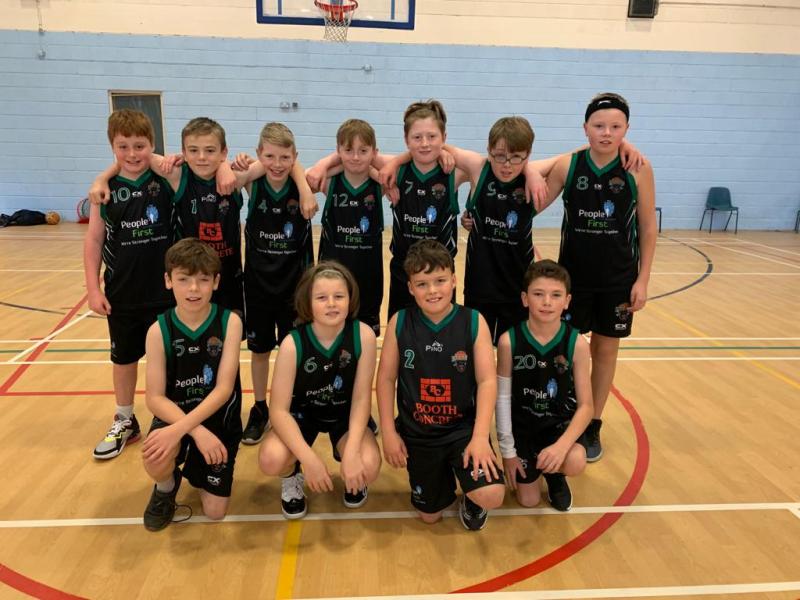 The Portlaoise Panthers Under 12 Boys Black team had their first game of the season last Sunday, away to North Kildare in Maynooth.

An opening basket from Noah Finn helped settle the boy’s nerves in the first quarter. Thanks to great pressure in defence from Alex Lawlor and Eoghan Fennell, North Kildare were kept at bay. Panthers capitalised on Marcins Schimmelennig’s rebounding, which led to swift movement up the court and a string of scores confidently taken by Senan O’ Connell.

The third quarter saw North Kildare making a come-back with some lovely fast breaking of their own, Fintan Jarvis capitalised on their increased pressure with two lovely scores. However, excellent passing down the court between Noah Finn and Matthew Lynch ensured Portlaoise remained in control and kept the pressure on North Kildare throughout the third quarter.

In the final quarter Portlaoise showed great maturity, keeping their concentration and getting the ball to our end of the courtwith scores from Fionnán Dalton, Senan O’ Connell, Matthew Lynch, Ben Heffernan and Darragh Keenan. Top scorer wasSenan O’ Connell with a whopping 18 points. The game ended with a well-deserved win, 49 - 4 for Portlaoise Panthers to start off the season.