Mulhare and McConnell rule the roads 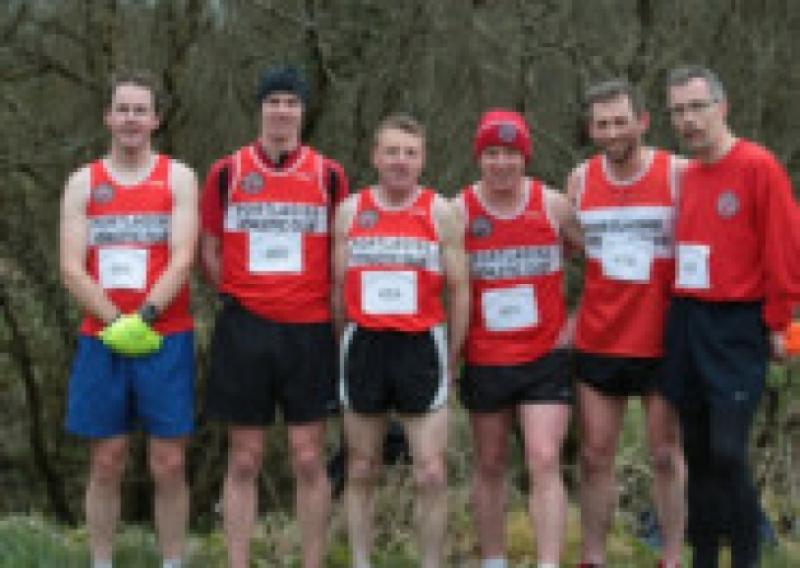 There were individual wins for Grace McConnell from Ballyroan Abbeyleix and District AC in the Womens race, and Dan Mulhare of Portlaoise AC in the mens.

The Senior Women’s 4k race was first off and saw a group of seven break away into an early lead on the first of three laps. By the end of the second lap there was still six athletes in contention.

This included Grace McConnell, who was now starting to push the pace up front, with Paula and Sharon Grant, Ruth Hodgins, Breda Mulcahy and Maeve Griffiths. This group remained close right up to the final stages, with Grace McConnell finishing the stronger and pulling four seconds clear of Breda Mulcahy of St Abban’s. Sharon Grant from Portlaoise AC was just three seconds behind in third place.

With placings that tight up front there was always going to be very little in it for the team positions and that proved to be the case with St Abban’s AC team winning on 22 points, from Portlaoise AC 25 points and Ballyroan Abbeyleix and District 33 points.

In the men’s race veteran Martin McDonald led the race through the first lap, closely followed by Dan Mulhare. By the end of the second lap Dan had pulled away into a commanding lead and extended that lead to the finish, covering the 8k race in 25’33”. Veteran Colm Burke from St Abban’s showed good form after recent injury to finish second and was closely followed by another veteran Tony Reilly of Ballyroan Abbeyleix and District.

In the team event is was another close affair with Portlaoise coming out on top by three points from St Abban’s and Ballyroan Abbeyleix and District finishing third. Refreshments were provided afterwards by host club St Abban’s at their sports complex where medals were presented.

Thanks to St Abban’s for the refreshments and to Ben Brennan for his continued sponsorship.