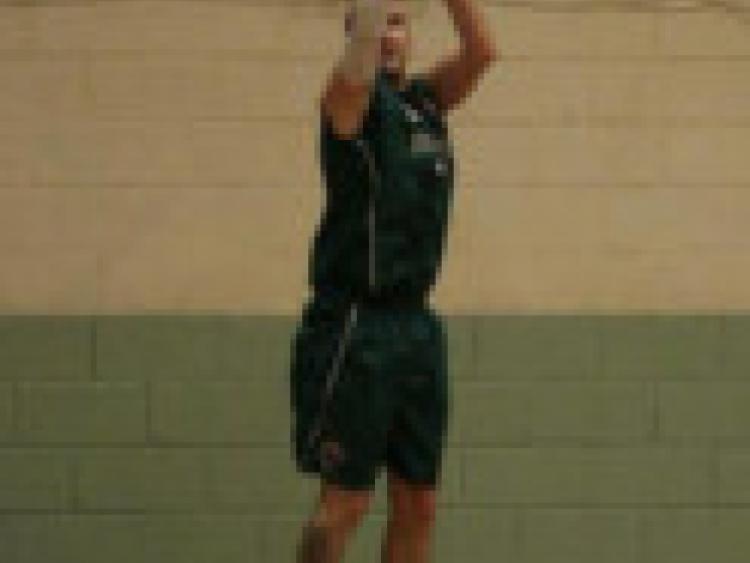 Team Silvers Portlaoise kept their hopes of lifting the league title alive after a brilliant comeback from twenty four points down to win against an on-fire Tullamore side in a highly entertaining game.

Team Silvers Portlaoise kept their hopes of lifting the league title alive after a brilliant comeback from twenty four points down to win against an on-fire Tullamore side in a highly entertaining game.

In years gone by this is a game that Portlaoise would have taken for granted as a win but following their away game last week, Team Silvers knew they would have to be fully focused throughout.

The home side got off to a great start in the first quarter with the offences going to plan with options both inside and outside the key. Pierce Fagan and Greg Dunne went to work inside the key creating room on the outside for three point scores from Dan Debosz and Peter O’Sullivan.

Team Silvers pulled out to an early ten point lead but two outside shots from Marcus Matulis closed the gap. Again Pierce Fagan was getting the upper hand inside and brought his personal tally to seven points by the end of the quarter. Portlaoise lead after ten minutes 20-14.

Team Silvers settled into the second quarter with a three pointer from Peter O’Sullivan followed by baskets from Fagan and Rody McEvoy. Tullamore were beginning to cause problems on their offensive end with Matulis and Dudrovolskis cutting through the home zone defence. The visitors were quickly building momentum as Team Silvers struggled to get their game together both ends of the floor. With three minutes left in the half Tullamore had drawn level with Conor Mc Niff scoring five unanswered points. The introduction of Peter Duignan inside gave Team Silvers another option and his movement gave him great opportunities which he took with three excellent baskets. Tullamore responded once more to draw level again by the half time buzzer with the momentum now with the visitors.

Tullamore came out like a team possessed in the third and quickly pulled ahead with an exhibition of shooting from outside while also penetrating hard to the basket. This really took Team Silvers by surprise who tried to break the run by changing up the defence.

There was no stopping Tullamore in the first seven minutes of the quarter as Conor Mc Niff and Darius Bleuritas combined for an amazing twenty six points in that time. Their team were twenty four points ahead with Team Silvers firmly staring down the barrel of defeat which would severely dent their title hopes.

A change to man-to-man by the home side shored up the defence as each player worked hard. Two three pointers from Greg Dunne and Peter O’Sullivan followed by baskets late in the quarter by Fagan and Debosz closed the gap to fifteen points with just ten minutes to play.

With a fifteen point deficit to pull back, it was important for Team Silvers to hit the ground running and contain the outside threat of Tullamore in the process.

The home side went to work from first inbound with O’Sullivan again finding his range from the outside. The momentum was again changing with Team Silvers now finding the space to threaten all over the floor, Duignan and Debosz going to work inside with Mc Evoy and O’Sullivan penetrating at every opportunity, hurting the visitors under the boards.

With three minutes remaining Team Silvers had drawn level but the game was still there for the taking. The home side couldn’t pull away as both teams went score for score with both teams getting the chance to take the game.

The game came down to the final seconds as Pierce Fagan made his move to the board and got fouled with eight seconds left and the game all-square. He drained the first but missed the second giving Tullamore possession.