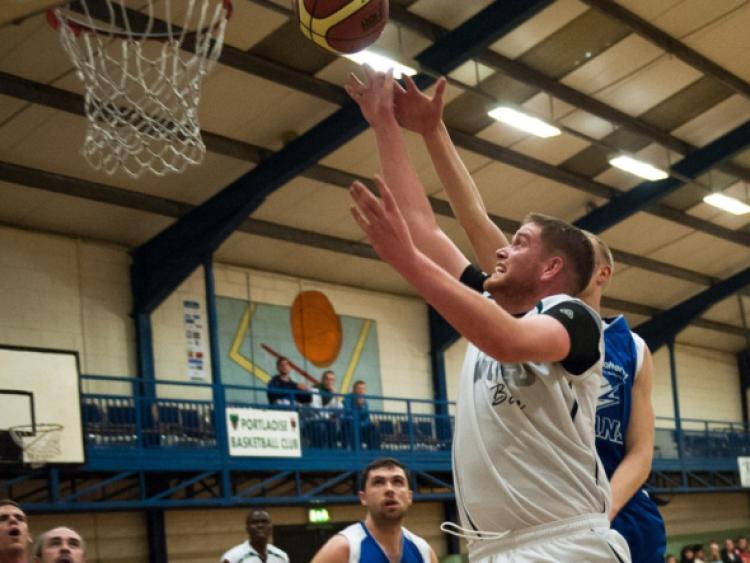 Despite making a strong start to the game, Club23 Portlaoise Panthers lost out to Team leftbank Kilkenny in this Sunday afternoon game played in St Mary’s Hall.

Despite making a strong start to the game, Club23 Portlaoise Panthers lost out to Team leftbank Kilkenny in this Sunday afternoon game played in St Mary’s Hall.

From the start, Panthers pushed up on their man to man defence and got some easy breaks in the opening minutes. Greg Dunne opened the scoring and Jack Scully stepped up to finish the fast break lay-ups. Stephen Danson drove hard to the board on a number of occasions in the first and scored eight of Portlaoise’s 14 points in the quarter.

While Kilkenny were slow to start , Lawrence Summers began to cause problems for Panther’s defence. His speed and quick step opened up scores for himself and attracted help defence which opened up the outside shots for his team mates and Kilkenny lead 18-14 at the end of the first quarter. Kilkenny were explosive in the second quarter and at the half, Portlaoise trailed 35-19.

Going into the third quarter, Panthers had not given up and attempted to change up the defence to counteract Kilkenny’s offence. Despite some excellent assists from Peter O’Sullivan and some strong moves to the board from Danson, Portlaoise continued to go basket for basket with Team Left Bank and found it difficult to make any inroads.

Greg Dunne hit a three half way through the third to lift his team and scores from Gary Donnelly, Gediminus Simkus, Peter O’Sullivan and Stephen Danson gave Panthers their first points win of the game, beating Kilkenny 18-14 in the quarter but at the end of the quarter, Portlaoise still trailed 50-33.

In the last quarter, Panthers again tried to rally but shots did not drop for the Portlaoise men and allowed Kilkenny to close off the lanes inside the key. Both Stephen Danson and Pierce Fagan came to life for the Panthers in the final quarter. They scored 16 of Portlaoise’s 20 points. Danson finished the game with a personal tally of 22 points.

Number 11 Summers proved the difference in the game and his abilities on the ball, on the jump shot and in his passing were on show for all to see. Portlaoise lost on a score line of 72-53 and will be hoping that they can now achieve their first win of the season away to Blue Demons on Sunday November 3.