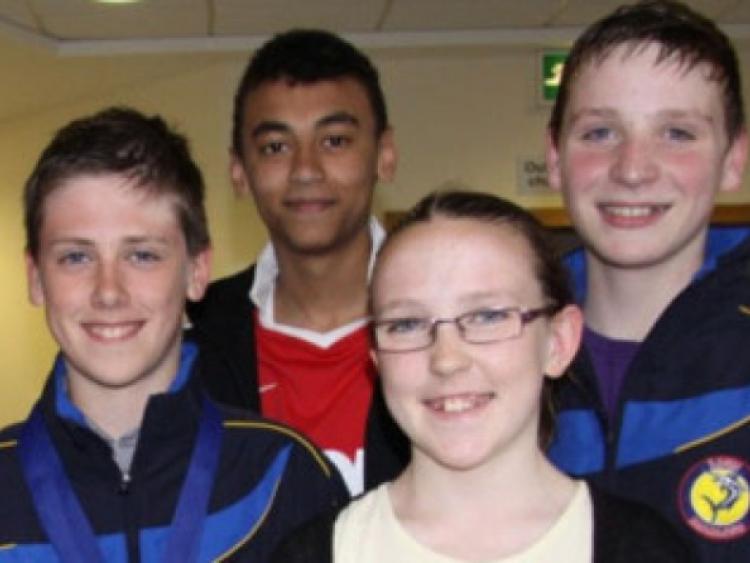 Laois Marlins marked the start of the new swim season with style at the Leinster Distance Gala held in the National Aquatic Centre in Dublin.

Laois Marlins marked the start of the new swim season with style at the Leinster Distance Gala held in the National Aquatic Centre in Dublin.

The sole purpose of this gala is to give swimmers the opportunity to record start of season times in the longer distance events and medals are not presented.

According to coach Padraic Dolan, “this was a hugely important gala for us. We get lots of opportunities throughout the year to compete in short distance swims, but the long distance ones are not so common, with the result that swimmers are often fearful of the longer distances.”

There was no fear on show from the Marlins however as all the swimmers, many of whom had never swam a distance gala before, recorded very strong times. “Just rewards’” said Coach Dolan for all the hard training they’ve been putting in since early September.”

Eoin Donoghue, who has recently accepted the invitation to do additional training with the Leinster squad, had a great gala, recording PBs in everything and shaving as much as 30 seconds from some events.

Jordan Overton, who will soon join Eoin at Leinster squad training, also impressed. He too recorded strong PBs in all events, as did Ian Heffernan, Mick Carroll and Ryan Flynn.

It wasn’t just the boys who were starring however as all 5 girls put in tremendous performances. Toni Dolan knocked an incredible 28 seconds off her previous 200 Breaststroke time, as well as getting Pbs in all her events. Her sister Tyler also had a great gala, getting PBs in all and shaving as much as 20 seconds in some. There were PB’s galore too for Ellen Donoghue and Sarah Heffernan, while the greatest cheers of all were for Iseult Bracken who swam heroically in her first ever distance gala.

A note of thanks from Laois Marlins to all swimmers and to the parents who assisted as turn judges and time keepers, and to all who came to support.