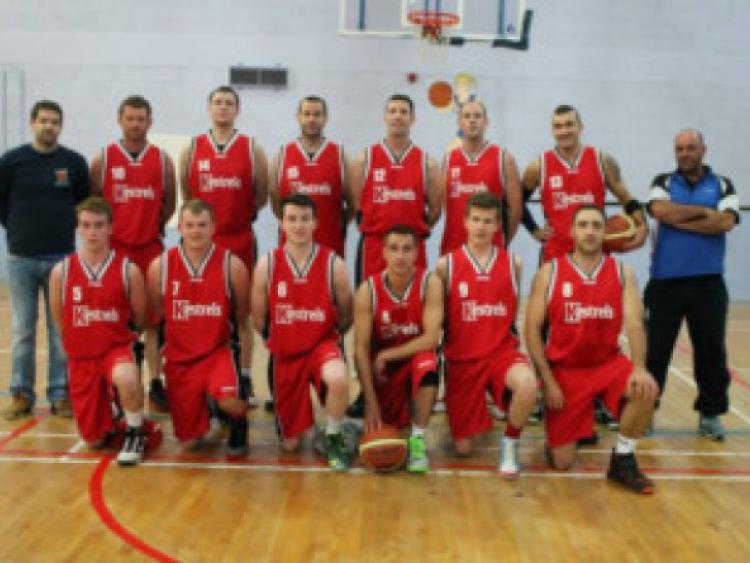 Kestrels notched their second resounding victory in a week to maintain a winning start to their debut season. LITPOL were the opposition on Saturday night in Colaiste Iosagain.

Kestrels notched their second resounding victory in a week to maintain a winning start to their debut season. LITPOL were the opposition on Saturday night in Colaiste Iosagain.

The Lithuanian/Polish combination, based in Birr, were no match for a Kestrels team boasting a Polish native of their own in the form of Daniel Debosz. Debosz was unstoppable on the night scoring 38 points and grabbing more than 20 rebounds for the second straight game.

Kestrels signalled their intentions from the tip off and a fired up Nikolai Dudko nailed a three pointer with his opening attempt. Conor Vandendries followed up with an early score of his own.

Dudko added another three from down-town and Kestrels were on their way. Liam Guinan sank two free throws to further edge away before Debosz registered on the scoreboard. LITPOL’s excellent point guard, Gediminas, drained a couple of jump shots under pressure to keep them in the game but Kestrels led 18-8 after the opening period.

Sloppy passing and some shabby defending from the home team allowed LITPOL back into the contest. Debosz kept Kestrels noses in front with 11 points in the paint. Juan Marchal added five points from outside.

But LITPOL refused to go away, despite being undersized against the Portarlington outfit. The smaller team worked harder under the boards and chased every ball and managed to keep pace with the home team throughout the quarter leaving Kestrels with a 36-25 lead at the break.

A rejuvenated Greg Dunne scored the opening five points after half time but otherwise Kestrels continued to struggle to impose their style and their will on the game. Debosz did well with limited possession adding on another eight points. But too many unforced errors continued to disrupt the flow of the game from the home team and they were lucky to emerge from the end the quarter with a double digit advantage.

The re-introduction of Vandendries, Guinan and Dudko at the start of the final period saw a spike in the tempo and Kestrels were motoring again. Marchal added another three pointer. Gediminas responded in kind for the visitors.

But a time out with six minutes to go set Kestrels a challenge to score 20 points in the remaining 6 and a half minutes. Instead they managed the feat in four minutes. An impressive response to the challenge ensured Kestrels emerged victorious on an 80-54 scoreline. Debosz led all scorers with an impressive 38 points.

Liam Guinan added four of the teams last six points. Dudko scored 15 points and is starting to show the hallmarks of a former professional player. Conor Foster and underage international star Sean Smith are yet to play but are sure to heap pressure on their coaches for court time in the coming weeks.

Kestrels next fixture is a home game on October 26 versus Mullingar in Colaiste Iosagain. Please come along and support the boys.