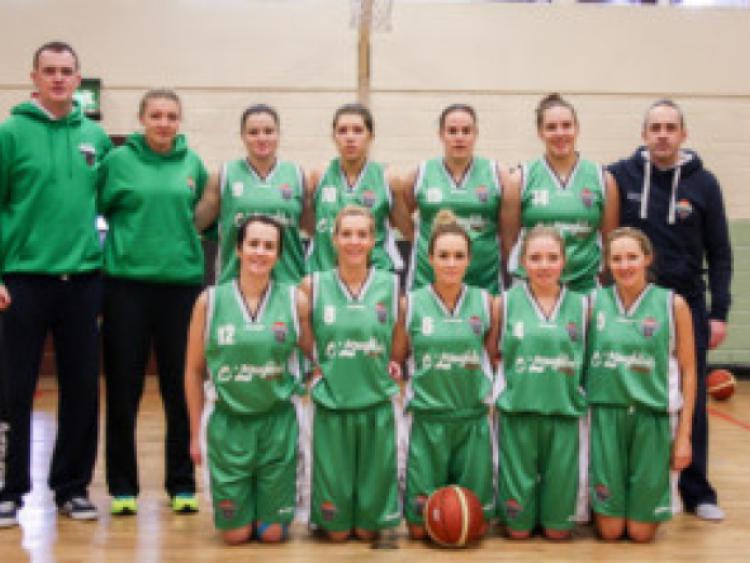 O’Loughlins Panthers Ladies National League team completed the perfect regular season on Saturday afternoon away to IT Carlow with a comprehensive victory by twenty seven points.

O’Loughlins Panthers Ladies National League team completed the perfect regular season on Saturday afternoon away to IT Carlow with a comprehensive victory by twenty seven points.

While missing three of their main rotation Panthers called upon the full squad available throughout who showed their capabilities to give the management something to think about ahead of the play-off semi finals in the coming weeks.

Another stunning second half from Portlaoise which saw them hold the hosts to just fifteen points was the difference between the sides as Panthers put up forty one points in reply during the half.

In previous matches against I.T. Carlow the Portlaoise ladies have struggled to get into the games early on. On this occasion it was important that the home team weren’t let build momentum early on with Portlaoise cutting out their main outside threat in a dog-and-box defense.

Aine Sheehy has had an outstanding season for Carlow and Portlaoise knew that she could cause major damage if given time and space. To counteract her outside threat Portlaoise rotated defenders to mark her keeping her to just six points in the game as she finished off steals and turnovers.

Portlaoise were fired up for this game in search of keeping their 100% run intact. Kelsey Wolfe was the first to register a score for Portlaoise with Carlow getting the next six points to take an early lead. It was only a matter of time before Portlaoise got into their stride as they were owning their own boards and running the floor in numbers with Sinead Melia and Maeve O’Sullivan picking up the next eight points off the break.

Quick movement of the ball in offense resulted in space on the weak side where both Melia and O’Sullivan drained two big three pointers to give Portlaoise a six point lead after the first quarter.

The second quarter saw I.T Carlow get the better of the Panthers defense with Aisling Hayden leading the way with ten points in the period. Her first two scores saw her attacking the basket while her final two came late in the quarter from long range as she cut the lead down to just one point at the half.

A slow down in play and lack of movement in the Portlaoise offense was making it very easy for the Carlow ladies to defend. O’Loughlins Panthers were beginning to struggle to find a rhythm and were counting on Kelsey Wolfe to come up with the goods which she was more than willing to oblige as she added seven points to her game high tally in this quarter.

A further six points from Maeve O’Sullivan kept Panthers ahead at the break but it was worrying for the Portlaoise coaches that only two players had got their name on the scoresheet in the quarter.

While holding a one point lead at half time Portlaoise coaches Peter O’Sullivan and Peter Duignan knew that the team were not reaching the higher gears which they had it in them to do. While the defense was much improved since a week ago against the same opposition, Portlaoise were still struggling at times to break down a resilient 3-2 defense.

A quick change in approach saw Portlaoise attack the heart of the Carlow defense with Melia and Wolfe getting their reward of two points on the board three times in a row early in the quarter. With Wolfe now partnering Deirdre Tomlinson inside on offense, they worked in tandem creating space and scores for each other which pushed the Panthers lead out to double digits for the first time in the game. Both Mary Callanan and Roisin O’Connell had the task of marking I.T Carlow’s main threats of Sheehy and Hayden as they followed their every move while the box defense was unwilling to give the easy score in the background only allowing seven points in the ten minutes.

At the other end Portlaoise continued to play some fantastic basketball as they continued to cut through the defense and take the right options. Two three pointers from Melia and a mid range jump shot from O’Connell finished the third quarter scoring for Portlaoise as they took a twenty two point lead into the final period after playing one of their best periods of the year to date.

IT Carlow had nothing to lose heading into the final quarter and quickly got the ball inside to Sile Sheehy who turned her defender on two occasions scoring both times. Controlled offensive play by O’Sullivan on the point settled Portlaoise and again the right options were taken time and again with Mary Callanan draining three shots in succession from long range.

Sarah Phelan also got in on the act as she broke out quickly on the break and finished her lay-up assisted by the mighty Wolfe. Again it was satisfying for the Portlaoise management that the defense had once again kept the opposition under ten points for the quarter as Carlow were struggling to break down the dog-and-box defense.

Sinead Nihill was controlling the boards along with Tomlinson not allowing any second chances and breaking down the floor creating the final opportunity of the game for Roisin O’Connell to convert under the basket to give her side a deserved twenty seven point victory on a scoreline of 70-43.

This win gives O’Loughlins Panthers the perfect 10-0 record for the National League season and sees them head for the play-off semi finals in top form. They now play Tralee Imperials in a two-legged semi final on a home and away basis with the second game taking place in St Mary’s Hall over the weekend of March 21st/22nd. Keep an eye out for the fixtures over the coming weeks in our reports.