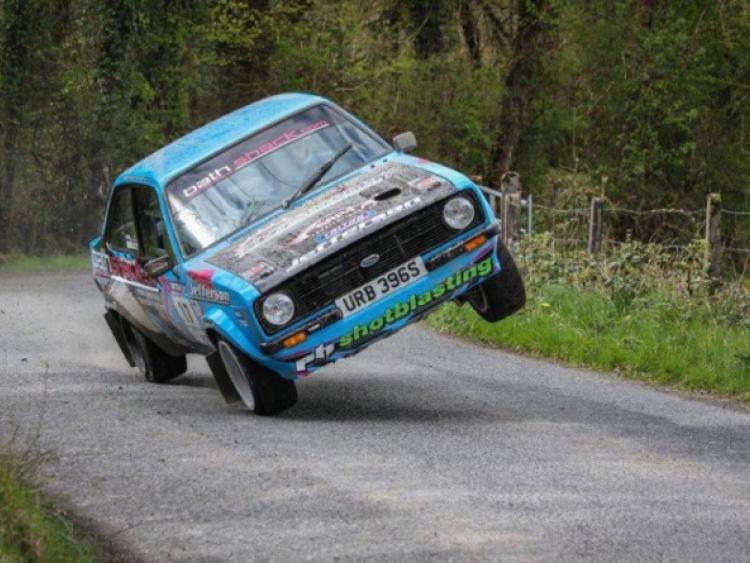 On June 7, the bye roads and lanes and around Portlaoise will once again be filled with the sounds and smell of rally cars competing in the Heartlands Stages Rally.

On June 7, the bye roads and lanes and around Portlaoise will once again be filled with the sounds and smell of rally cars competing in the Heartlands Stages Rally.

The official launch of the 2015 Heartlands Rally takes place on May 16 in O’Loughlin’s Hotel on the Main Street, Portlaoise who sponsor the rally.

The launch will commence at 7:30pm with a display of rally cars outside O’Loughlins Hotel and the event will officially be launched by the famous Tyrone driver Frank Kelly. Frank an alarm engineer from Moy, Co Tyrone is one of Ireland’s leading MK2 drivers and is also becoming a household name in the Caribbean due to having competed at Rally Trinidad and Rally Barbados.

Frank who drives his infamous ‘baby blue’ is well known for his sideways style of driving and is certainly a crowd favourite when it comes to entertaining the masses.

With several championships under his belt, Frank is the current Rally.ie 2wd and MK2 trophy winner. In 2015, budget permitting, Frank has opted to compete in selected rounds of the Irish and National Tarmac Championships with a few on the loose thrown in for good measure.

Frank will be interviewed on the night and will be available to answer questions from those attending the launch.

The launch night promises to be a great night with the past winners David Condell, Trevor Culbert, George Condell, and Ed O’Callaghan all in attendance each one of them will be looking for a second Heartlands title on Sunday June 7.

Mountmellick man Eoin Gorman will be hoping to defend his Hughes Toyota Twin Cam title for 2015. As always competition in the Heartlands rally will be fierce for the much coveted first Laois crew home trophy. The night won’t be short on local talent with up to 20 crews from the area preparing to take honours on June 7.