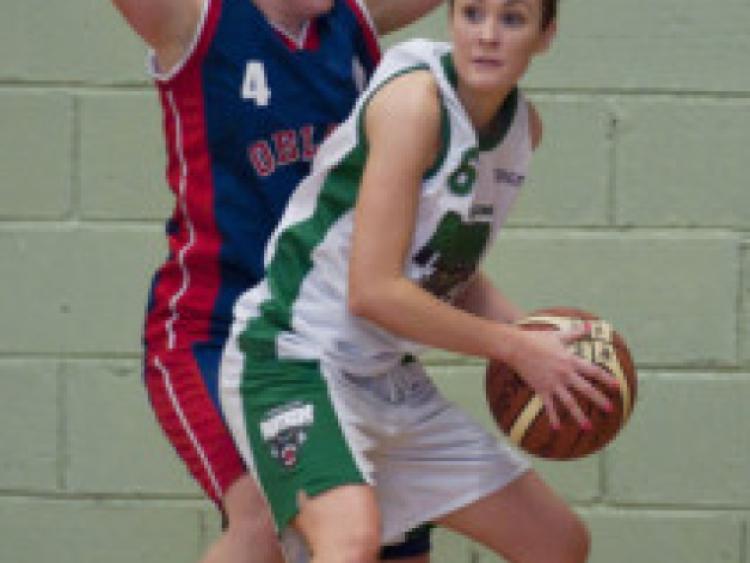 Portlaoise Panthers travelled to Tullamore on Sunday for the last round of Midland League games knowing one win from their two games would give them a third place finish.

Portlaoise Panthers travelled to Tullamore on Sunday for the last round of Midland League games knowing one win from their two games would give them a third place finish.

Portlaoise came up against Kestrels in their first game of the day. This was a highly entertaining game with Kestrels pulling away in the last quarter to take the victory.

The first quarter saw both teams trading baskets throughout with some great individual scores from both sides. Adam Kavanagh and Jordan Fallon kept the scoreboard ticking over for Kesrels with nine points between them early on. Panthers responded through Martin Murray and Matthew Doyle with Liam Kinsella controlling proceedings from top of the key.

The second quarter was another close affair with both teams pushing the ball out on the break as often as possible. The stand-out player of the game Dylan Dunne got his own personal tally rolling with fine drives to the basket. Conor McKenna replied from the three point line before he finished off a well worked move to close the gap to five points by the end of the half.

The second half belonged to Kestrels as they contained Portlaoise to just seven points. Kestrels had great second half performances from their more experienced players Jordan Fallon and Dylan Dunne scoring eighteen of their teams twenty two second half points which is excellent at any age group. Portlaoise never gave up and kept their heads high with great movement in offence being finished by Jack O’Reilly and Patrick Farrell. They will have to keep up their intensity in their remaining Kilkenny League games as they will meet Kestrels again the Top 4 semi final at the end of April.

Portlaoise took on Tullamore in their second game of the day and were quickly off the mark with Liam Kinsella scoring from the tip-off. This was followed by some great offensive play inside with Cian Dowling-Byrne scoring two great baskets along with a point from the free throw line. Tullamore replied at the end of the quarter through their talented guard Edvinas Roscenkovas who finished the game with a personal tally of twenty points.

The second quarter was one-sided giving Portlaoise the platform for their victory as Conor McKenna, Patrick Farrell and Jack O’Reilly notched up the scores on the board while Liam Keenan and James Parker played well in defence. They held Tullamore to just one score in the quarter pushing their lead out to nineteen points.

The second half was a close affair with both teams on top in defence and scores hard to come by. Portlaoise were again finding it hard to take Tullamore’s stand-out player out of the game as he took on the defence time and again to cut into the Panther’s lead. Portlaoise matched Tullamore score for score with Liam Keenan and Liam Kinsella getting their reward for some great movement.

Again the fourth quarter saw both sides closely matched throughout. Tullamore never gave up but the lead was just too big to close but they fought until the very end. Baskets from Edvinas Roscenkovas were exchanged with baskets from James Parker and Cian Nolan. Good defence throughout by Matthew Doyle and Eli McEvoy gave Portlaoise the opportunity to break. Portlaoise saw out the game to leave them third place in the standings.