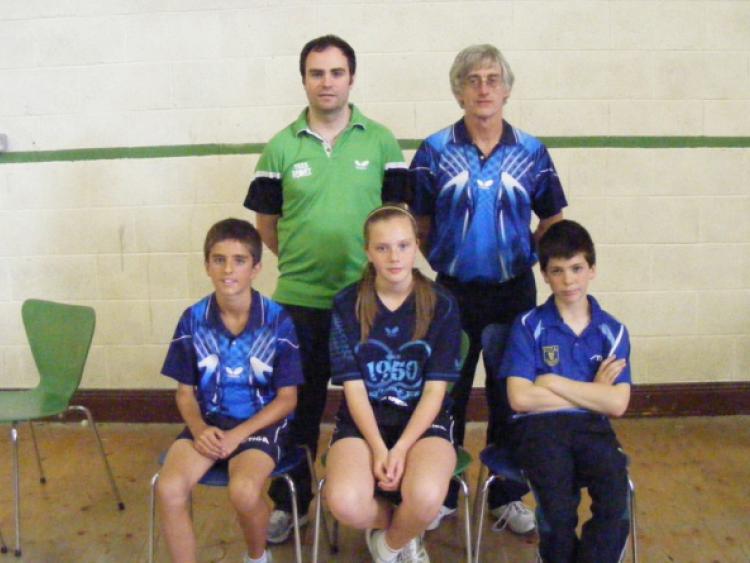 Scott Jestin is the latest to blaze a trail for Laois on the table tennis circuit, as he is another wonderful young player who is improving with every event.

Scott Jestin is the latest to blaze a trail for Laois on the table tennis circuit, as he is another wonderful young player who is improving with every event.

Scott was probably a bit unlucky to come up against the number one in the country Evan McGovern in the quarter-finals of the Leinster Junior Metro in Dublin recently. Scott only lost by the narrowest of margins in the final set, having beaten him the previous day in another event. He did take fifth spot but has the ability to go all the way.

Ever talented Ballyroan girl Kate Whelan took a firm grip of girls U-17 and cruised to another impressive victory. Lightning fast Dylan Grace produced another superb performance reaching the U-14 final where he came up against hot favourite Evan McGovern, who had earlier overcome Jestin in that epic match.

While Grace provided a firm challenge the sheer strength of McGovern made the difference in a 3-0 win. U-12 hotshot Paddy Vaughan took many scalps along the way as he took a fine third place.

Claire Handcock has been making consistent progress in recent times and took her place amongst the trophy winners. Fine performance also by Sarah O’Connor who was RU to Handcock in the U-14 ‘B’ final.

For those making appearances in their early years it was success for Amy Jestin and Corinna Hayes who took second and third in the U-10 Girls, while Richard Thompson and Ross Handcock were showing the signs of bright futhures in table tennis as they got to good grips with strong opposition in U-10 Boys. Overall another fine weekend of competition as 16 players from the Midland Table Tennis Academy battled it out with the rest of Leinster and did well.