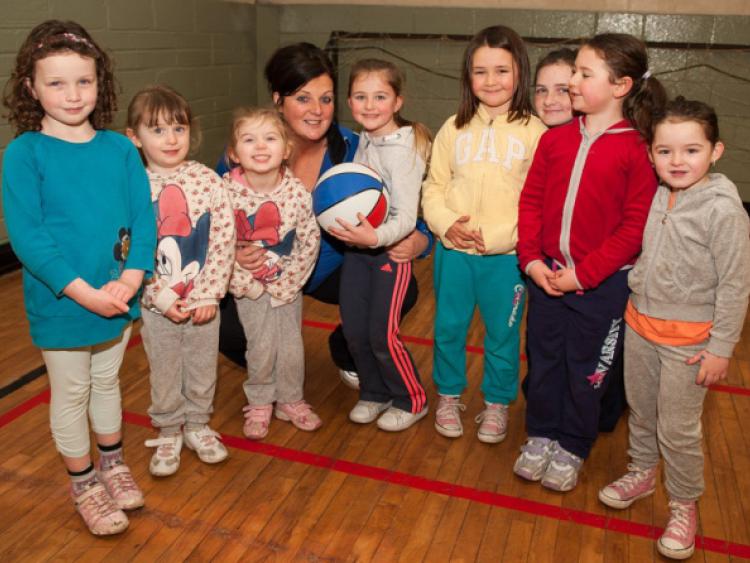 Portlaoise Panthers have extended their target market to take in kids as young as fours years old from this season.

Portlaoise Panthers have extended their target market to take in kids as young as fours years old from this season.

A brain child of current Club Secretary Emma Scully, the nursery has been ongoing for both boys and girls from ages 4-8 years old over the past two months.

Emma realised the need to get kids active as early as possible and the session mixes both fun and skills for this age group to keep the kids interested for the time they attend the session.

The club are extremely surprised with the uptake in interest in the first few sessions and has shown that the move to the younger age groups has been a complete success to date. The club are lucky to have so many coaches at hand to help out at the Saturday sessions and have already moved from a one one hour slot to two one hour blocks such is the demand.

The nursery was started so that basketball could be introduced to kids before they hit their teens where in the past they have lost out on the valuable time that other big clubs have used to great effect.

A few years ago the club saw the benefits of a basketball academy in the town but this unfortunately only lasted a year but the benefits of such are noticeable in the kids still playing underage in the club today.

The club hope that the work put in at the age group will reap rewards in years to come and change peoples perspective on the sport from being one of second or third sport to being a childs favourite.

The Panthers has grown considerably in the past five years and basketball is beginning to get the respect that it deserves in the county with both Portlaoise Panthers and Kestrels of Portarlington putting basketball back on the map at a National level.

Portlaoise Panthers are always looking for new members at all age levels especially to the new nursery on a Saturday.

The sessions take place from 3-5pm with the boys from 3-4pm and the girls from 4-5pm in St Marys Sports hall. The club not only caters for kids living in the town of Portlaoise and has already seen kids from as far as Athy and Monasterevin join their ranks in the past few years.

The club welcomes all parents and children to come and experience the nursery on Saturdays and get as involved in the club as wanted.