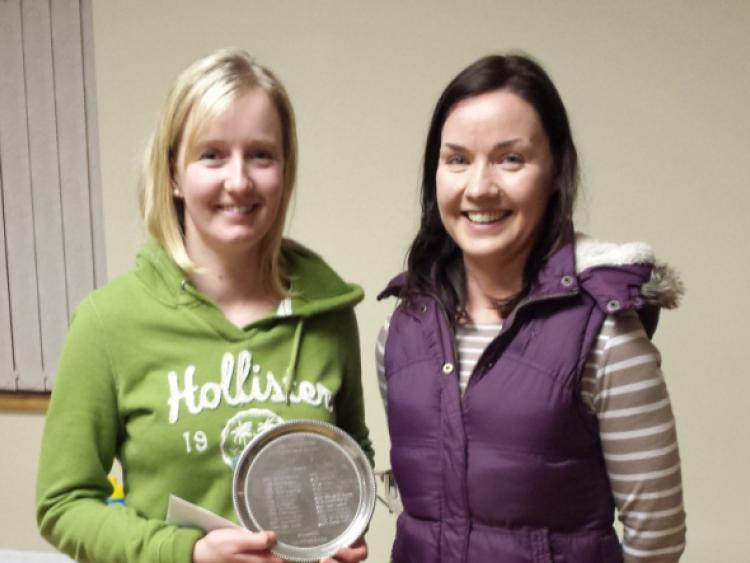 The final event of the competitions calender in Abbeyleix Tennis Club took place on November 23 with a fun competition involving both adults and juniors.

The final event of the competitions calender in Abbeyleix Tennis Club took place on November 23 with a fun competition involving both adults and juniors.

This event was kindly sponsored by Bonhams Garage, Abbeyleix and comprised of 20 adults and 20 juniors being paired up and then teamed up to create teams of four. The competition ran off very smoothly and it was the toss of a coin that decided the winners in the end.

Enda Whelan and Fiona Bonham got the better of David Brophy and Sinead Gorman on the adults side whereas their corresponding Juniors Brian Thompson and Eamon Oxley narrowly lost out to Liam Oxley and Fionn Whelan.

Before the final took place, a coin was tossed to decide whether the adult or junior final would take precedence and in the end the adults match counted as a win making the team of Enda Whelan, Fiona Bonham, Eamon Oxley and Brian Thompson the winners.

Following the competition, all participants went up to the youth cafe where refreshments were served, Fab Four prizes were presented and the awards night took place. Martin Bonham of Bonham’s Garage was on hand to present the winning and runners up teams with hampers. Chairperson Sinead Gorman introduced all award recipients and presented them with trophies and prizes.

A special presentation was made on the night to Emily McDonald, Garry Luttrell and Debbie Whelan who weren’t involved in the committee to thank them for their time and support towards the club during the year.

Abbeyleix Tennis Club extends thanks to all our sponsors throughout the year. Tennis continues for adult beginners on Wednesday night at 7.30pm for experienced adults on Monday at 7.30pm and for Juniors every Friday at 7.30pm.