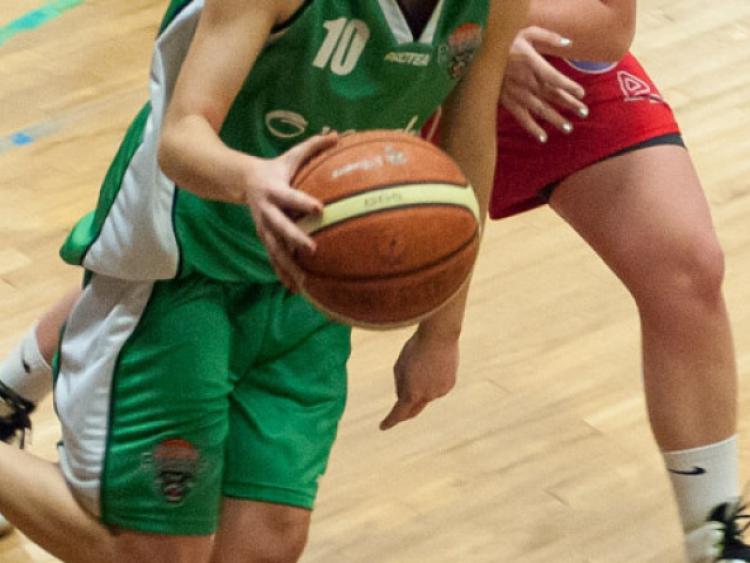 O’Loughlins Panthers kept their run in the National Cup going on Sunday evening with a brilliant home win against a strong Castleisland side.

O’Loughlins Panthers kept their run in the National Cup going on Sunday evening with a brilliant home win against a strong Castleisland side.

This is the biggest result to date for this team and sets up a semi finals date with the unknown in Fr Matthews of Cork. Portlaoise dug deep to take the win against a side that has reached at least the semi finals stage in the previous three years.

They now have the National semi finals weekend to look forward to in January in only their second year back at this level of competition.

This game was the fourth meeting between these sides in the last year with Portlaoise coming out on top in all but one but the difference was never more than ten points in the end.

Again both teams started this game high on confidence with both sides attempting to dominate the game early on. Catherine O’Sullivan was the first to show her array of skill with an unbelievable no-look pass to Nicola Farrell inside and she finished the move to the board.

O’Sullivan then got her own personal tally off the mark with a mid range shot which was quickly followed by a three pointer from sister Maeve to give Portlaoise an early lead.

Miriam Leane settled the visitors down with five points of her own and with both sides level on seven points a piece, Castleisland were first to switch up to man-to-man defence.

This forced Portlaoise to go inside for their scores and Farrell was the target again and she scored her second basket of the game inside which was quickly followed up with a fast break converted lay-up by Sharon Regan.

Miriam Leane hit her second three of the quarter to bring the game to within one going into the second quarter on a scoreline of 11-10.

It was clear to see that this game was going to be a low scoring affair with both defences setting out their stalls to contain the offensive threat of their opponents.

The second quarter was the lowest scoring wise of the game as defence was prioritsed by both sets of players. A second three pointer from Maeve O’Sullivan extended the Panthers lead to four but Castleisland fought back with fine mid-range shooting from Philomena O’Connor and Aoife Nolan.

Portlaoise were breaking quickly in numbers and were rewarded with baskets on the break by Sharon Regan. When options outside the key dried up, Portlaoise looked inside on offence and Sinead Nihill took her opportunities well scoring under the board.

Panthers took a four point lead in at the break but knew that Castleisland were hot on their heels.

The third quarter was rather frustrating for the Portlaoise team and management as Castleisland were allowed to punish the home side from distance.

The Panthers ladies were aware of the outside threat posed by the Kerry ladies and they converted two unanswered three pointers through Leane and Eileen O’Connor. Portlaoise had just built up a lead through fast break baskets from Sinead Melia Nd Maeve O’Sullivan but were quickly cancelled out by the Castleisland shooting guards. Portlaoise quickly shored up the defence and pushed forward with further scores from Sharon Regan and Nicola Farrell to remain ahead going into the final quarter on a scoreline of 32-30 in favour of the home side.

Following a quick team talk before the start of the quarter the Panther ladies started the quarter focussed on finishing off the game. Sharon Melia got the Panthers off to the best possible start with a basket from the block.

With Portlaoise choosing to bring the game inside in offence it allowed for space outside and Castleisland were quick to find out that the home team will punish this. Catherine and Maeve O’Sullivan combined for twelve points in the final ten minutes which was the catalyst in their sides win.

Panthers continuing brilliant zone defence and superb rebounding limited the visitors chances to close the gap and furter baskets from the Melia sisters Sinead and Sharon took O’Loughlins Panthers over the line and into the clubs first ever National Cup semi finals.

The ladies will now have to wait until the second weekend in January to try make it all the way to the arena and the National Cup final and are now concentrating on the National League where they face Carlow IT at home on Saturday night.