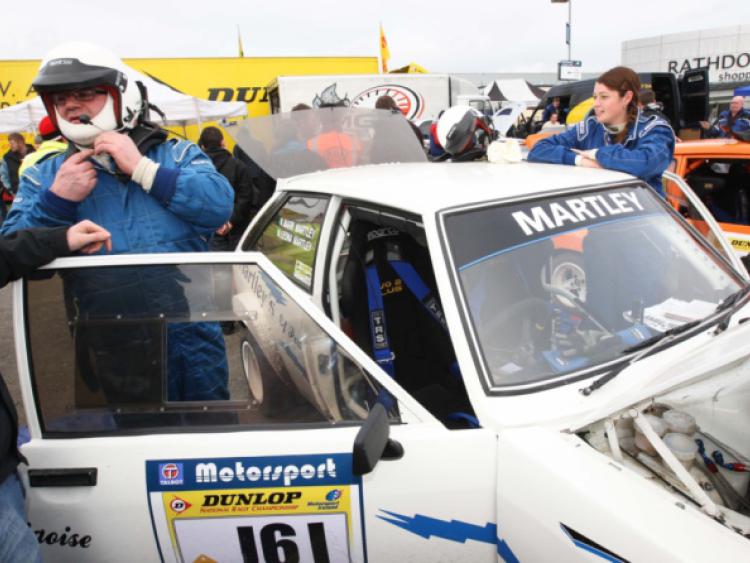 Speaking ahead of the rally, Clerk of the course Bill Ryan commented. “We are delighted to have the Abbeyleix Manor Hotel as main sponsors and rally headquarters again this years as they have supported us very well over the last four years.

“I extend a special thanks to our associate sponsors Midland Service Station Borris-in-Ossory and Laois Tourism for their kind sponsorship.”

The event will begin on Saturday morning with the crews signing in at the rally headquarters in the Abbeyleix Manor Hotel. The crews will spend most of the day completing their familiarisation recce run over the stages. Then on Saturday evening all cars partaking in the event must be checked over at mechanical scrutiny which will take place at Oliver Stanley’s service station on the Cork road in Durrow from 3pm.

The rally action kicks off on Sunday morning with the cars departing the Abbeyleix Manor Hotel and heading for Shanahoe for the start line of the first stage at 9.30am.After completing the first stage the crews will then head to the service halt at Campions yard in Knockaroo.

Stage two Molloys Hill begins at 10.30am starting just outside Borris-in-Ossory and finishing up outside the village of Rosscomroe. The crews will have just a short drive up the road to the start of stage three Glendine.

The crews will then head back to Borris-in-Ossory for the second service halt of the day. Stages four, five and six will then take place followed by the final service halt of the day. The crews will then repeated stages six, seven and eight respectively. The final stage of the day, stage eight, will be the reverse of stage one and the crews will tackle this stage en route back to the hotel. The club felt by doing this it would keep road mileage to a minimum and give the competitors value for money with more competition milage.The finish ramp will be back at the Abbeyleix Manor Hotel around 5pm Sunday evening where the winners will be announced.