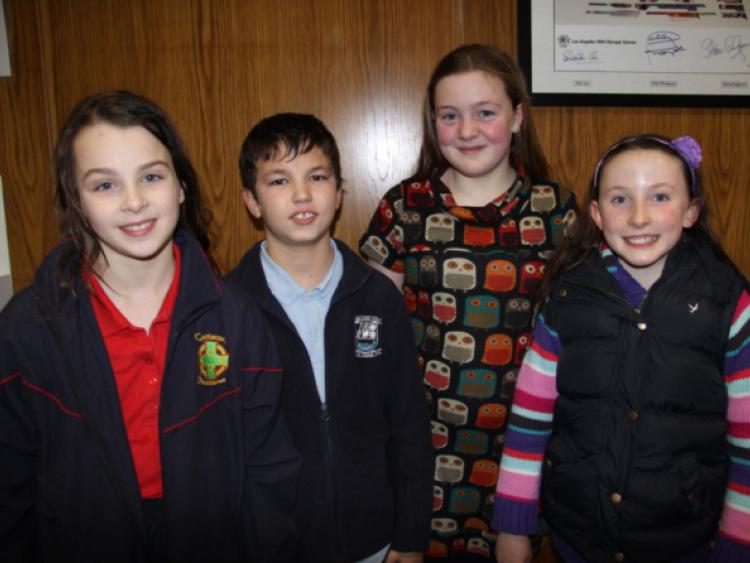 Representing his school, Emo NS, he recording a strong PB in the 50m freestyle to take the medal. He also recorded a PB in the 50m breast stroke preliminaries, finishing sixth overall in the finals.

His sister Zara also did very well at the Championships, qualifying for the finals in both her events. She was placed sixth in the 50m backstroke and eighth in 50m breast stroke, recording strong personal bests. Zara also attends Emo NS.

Jack Rouget, Ballyfin NS, was delighted to PB yet again in 50m free style and 50m back stroke. He was placed 12th and 15th overall.

Iseult Bracken was Ratheniska’s first ever representative at an All-Ireland swim final, recording a strong PB in the 100m individual medley.