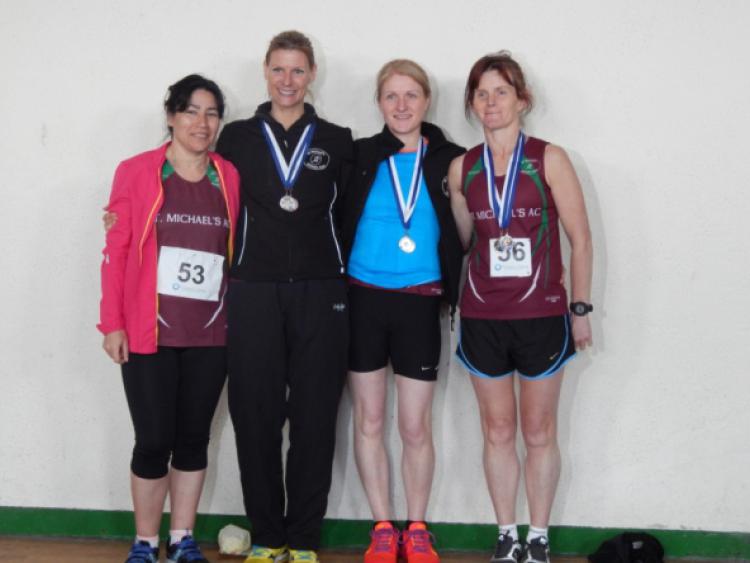 Numbers were up on last year with the inclusion of over 35s age group in the mens event. The fine weather organised by the host club also made it easier for the runners and spectators alike.

The Ladies race was over 3k and was the first out. This was a close run affair with Paula Grant of Portlaoise AC coming out on top. Sinead Eacrett (St Michael’s), pushed her hard but Paula was too strong over the final straight.

Pippa Hackett of St Michael’s finished off the top three with a superb run. Coincidently this was a repeat on the result from last year.

With the race now being split between O-35s and O-45s we now had a second category which was won by Olivia Sheerin of St Michael’s, followed by Ailish Kelly (Portlaoise AC) and Ann Nicole Waugh (St Abban’s AC).

The mens race was also split into two categories, those being O-35 and O-45s also. Although this didn’t lead to any confusion about the overall winner with Colm Burke of St Abban’s AC storming in as the first male overall and also first O-45. This was Colm’s second road title this year, adding to his senior road race win.

With places being swapped over the last 800m it finally came down to a sprint finish with Dermot Ayres just pipping Owen Connolly on the line to take second place, followed closely by Aengus Burke in fourth. There is a full set of results and times on the Laois Athletics Facebook .